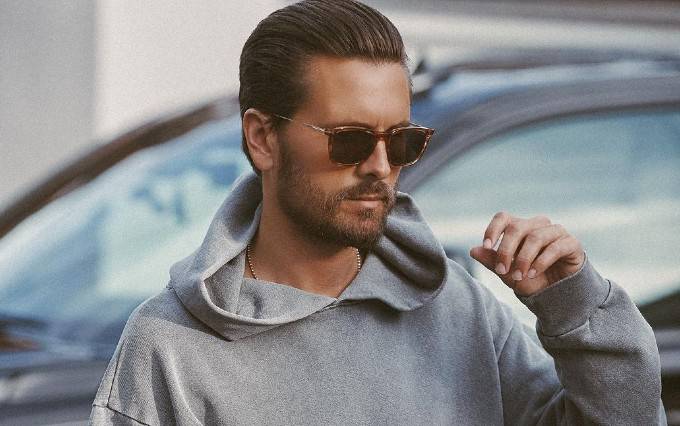 Scott Disick is an American reality TV star and businessman. He shot to fame following his appearances on the Kardashian family’s highly rated show “Keeping Up With the Kardashians” which led to his relationship with Kourtney Kardashian. He gained substantial popularity from his long-term relationship with Kourtney. He is also an entrepreneur, having invested in various business endeavors, including a clothing brand called Talentless, nightclubs, and multiple vitamin companies. He is one of the most followed celebrities on social media and he enjoys a following of over 27 million on Instagram. Besides all this, Scott is also known for his relationships with women of younger age.

Scott was born on the 26th of May 1983, in Eastport, Long Island, New York, United States of America. He is currently 39 years old.

Scott hails from a wealthy family. He is the only child of parents Jeffrey Disick and Bonnie Disick. He went to Ross School in East Hampton, Long Island.

Lina Sandberg (2015 -2016) – Scott was romantically linked with Swedish Model Lina Sandberg in November 2015, when the couple was seen kissing each other at Polo Lounge in California.

He’s currently dating model Amelia Hamlin, the daughter of Real Housewives of Beverly Hills star Lisa Rinna and actor Harry Hamlin’s daughter. She’s 19 years younger than him which has drawn a lot of criticism from fans and media.

Scott Disick hasn’t appeared in any film yet.

In 2013, Disick appeared in the TV show Lord Disick: Lifestyles of a Lord.

He is said to have become British royalty in an authentic knighting ceremony, which he purchased on the internet following which he adopted the title of ‘Lord Disick’ (‘The Lord’ or ‘LD’ for short).

Scott has an immense fan following on different social media platforms. Follow him on:

Scott Disick is rich on his own, he is from a riches family who has had solid wealth for more than two generations. He has ventured into a number of entrepreneurial endeavors like nightclubs and startups.

Born wealthy, he took up modeling at an early age before completing high school and has been associated with several brands since then.

Scott Disick owns a couple of fashion lines. He enjoys a fruitful expensive lifestyle which is clearly evident in his outfits and importantly, Scott is very particular in selecting his wristwatches, according to the occasion of the day.

Disick runs a number of businesses that make exclusive and expensive products such as Rejuvacare and QuickTrim.

He has appeared as himself on a number of reality television shows, such as ‘Kourtney & Kim Take New York’, ‘Kourtney & Khloe Take the Hamptons’, ‘Punk’d’, and Lord Disick: Lifestyles of a Lord’

Being a fashion enthusiast, he has a great interest in watches and chooses based on the day’s activity and sometimes even spends half an hour choosing.

In 2012, he purchased a lordship title online and brands himself as ‘Lord Disick’.

Cars and watches are his favorites.

Chinese food is his favorite and has it at least once a week.

Disick does exercises three to four times a week with at least 45 minutes per session in a day. He focuses on one or two muscle groups in a day.

Scott Disick launched his own tanning product for men, Monte Carlo, under the tagline ‘It’s like liquid sunshine’.

In January 2020, Acott along with Kris Jenner, and Khloe Kardashian were featured in several commercials for the video game Coin Master.