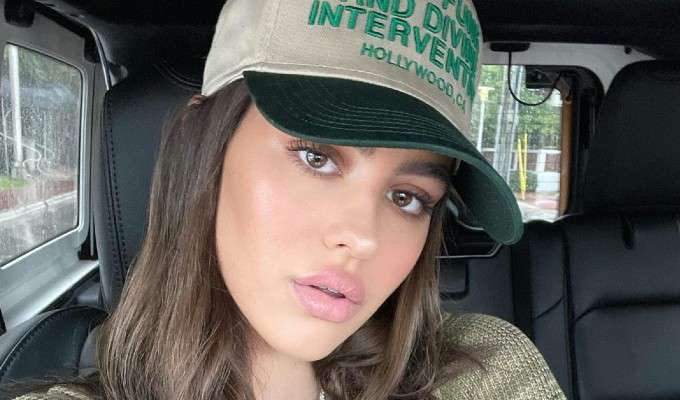 Amelia Gray Hamlin is an American Instagram model and actress who is probably known best as the daughter of actors Harry Hamlin and Lisa Rinna. She has been featured in such reality TV series as The Real Housewives of Beverly Hills and Harry Loves Lisa. Amelia attracted a lot of media attention lately after she was romantically linked with entrepreneur, Scott Disick. They have been dating since October 2020.

She’s an aspiring actress and had a minor part in the television series Rachel & the TreeSchoolers. She’s quite popular on social media, with Instagram being her most followed social media platform, on which she boasts nearly 1 million followers.

She comes from a family of actors. She’s the youngest daughter of Lisa Rinna and Harry Hamlin. Her father is one of the most accomplished actors of his time, who is known for Clash of the Titans and L.A. Law. He’s also an author and entrepreneur.

Actress and television personality Lisa Rinna is her mother. She is famously known for her stint on Bravo’s The Real Housewives of Beverly Hills. Lisa is also famous for her starring roles on TV shows Days of Our Lives and Melrose Place She has an older sister named Delilah Belle Hamlin, who is also a social media star and television personality. Actor Dimitri Hamlin is her older half-brother.

Amelia and Scott Disick sparked romance rumors in late 2020 and they were an item since then. Scott is an entrepreneur and television personality who has been in relationships with famous celebrities, including Kourtney Kardashian. They were first seen at Kendall Jenner’s 25th birthday party, and days later, they were spotted at Malibu beach spending some quality time together.

The pair made their romance Instagram official on Valentine’s Day 2021. The 18-year age gap between Scott and Amelia has drawn criticism from several quarters. Before getting hooked up with Scott, she was romantically linked to Mercer Wiederhorn in the past.

Being the daughter of famous actors Harry Hamlin and Lisa Rinna.

Her relationship with Scott Disick.

Amelia Hamlin is currently represented by Women 360 Management New York and was previously signed to IMG.

She has molded for various fashion brands including Hudson Jeans and Too Faced over the course of her modeling career.

In March 2018, she announced on Instagram that she’s recovered from anorexia

Amelia has appeared in multiple Real Housewives of Beverly Hills episodes along with her mother.

In 2019, she and her older sister Delilah co-founded a clothing brand called DNA

She is good friends with Instagram model Kaia Gerber.