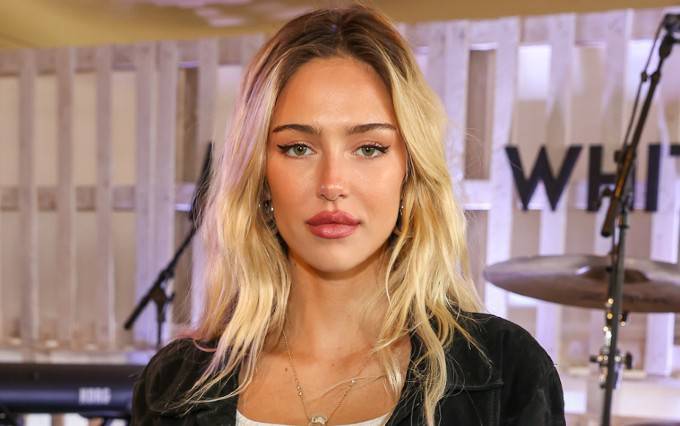 Delilah Belle Hamlin is an American model and social media influencer who is better known to the world as the daughter of actors Harry Hamlin and Lisa Rinna. She’s the elder sister of Amelia Gray Hamlin, who is also a model. She and her sister have been featured in such reality TV series as The Real Housewives of Beverly Hills and Harry Loves Lisa. Thanks to her early efforts, she has built a huge following on social media, with her Instagram handle alone boasting around 2 million followers.

She has mixed Portuguese, English, Italian, and Scottish ancestry.

Delilah Belle Hamlin is the oldest daughter of Lisa Rinna and Harry Hamlin. Her father is one of the most accomplished actors of his time, who is known for Clash of the Titans and L.A. Law. He’s also an author and entrepreneur. Her mother, on the other hand, Lisa Rinna is a renowned actress and television personality. She is famously known for her stint on Bravo’s The Real Housewives of Beverly Hills. She has a younger sister, Amelia Gray Hamlin, a social media star and television personality, and an older half-brother, Dimitri Hamlin, an actor.

She completed her formal school education via homeschooling at Halfstrom Academy in 2017.

Delilah has had a fair share of affairs, having been linked to a good number of men over the course of her professional career. She was in a relationshipw ith TV personality and model Eyal Booker from 2020 to 2022.

She had dated Aidan Reilly in the past.

She got her start as a model whne she walked the runway for renowned designers at the Tommy Hilfiger Fashion show.

In 2010, she along with her parents appeared in the TV show Harry Loves Lisa and later on The Real Housewives of Beverly Hills.

In February 2018, she appeared on teh cover of Vogue Japan. In addition, she has been featured in magazines like W Magazine, OK and Vogue.

In 2021, the California native launched a 10-piece collection in collaborattion with Tada & Toy jewelry.

Her mentor in the fashion industry is Gigi Hadid.