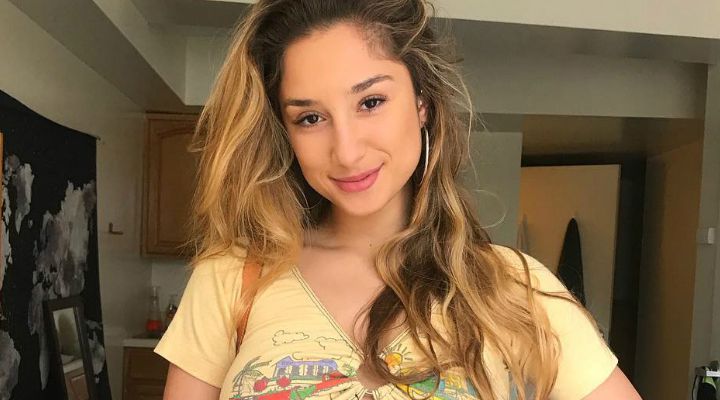 Savannah Montano is a young and beautiful social media influencer, YouTuber, and fashion blogger from South Florida. She began her blogging career a few years ago on the app Tumblr, where she shared her work that best reflected her interest and used the space to show off her own style. Not long after she joined the popular 6-second video-sharing app Vine, Savannah gained over 400,000 followers before the app was officially taken down.

The beauty influencer later shifted her focus towards Instagram and has already garnered much attention for herself, thanks to the racy pictures that she shares on the app. She has already accrued a little less than 2 million Insta followers, and she isn’t afraid t show off her enviable figure in bodysuits and sultry outfits. If you’re looking for some serious fashion inspiration, then Savannah Montano has you covered! With her style and gratitude-focused Instagram, you can get all the inspiration you need.

Savannah Montano was born on the 30th of September 1996, in South Florida, United States of America. She is currently 25 years old.

Savannah Montano is the older daughter of Elena, a dentist, and Dr. Robert Montano. She has a younger brother, Sebastian Montano.

She was raised alongside her brother in her hometown in South Florida, where she spent most of her life. Well, information regarding her education and other personal affairs of Montano are kept hidden in the public eyes.

Regarding her romantic life, Savannah’s first known relationship was with her ex-boyfriend and model, Jessey Stevens. He is also a photographer. The couple met on Twitter back in 2014 and shortly after, they exchanged their numbers and started dating after a while.

Jessey’s photography skills helped her boost her popularity on Instagram. Though there have been slight ups and downs in their relationship, Jessey and Savannah had a beautiful healthy relationship until last year. In September 2018, she broke up with Jessey and posted a video on YouTube titled “Why We Broke Up” explaining the reason for their break up.

Post her relationship with Jessey, Savannah befriended MMA fighter Dillon Danis in early 2019. That friendship eventually turned into a beautiful romance and she confirmed it through a YouTube video a few months ago. Dillion trained at the Alliance New York academy and won the IBJJF Boca Raton International Open Champion in 2015. He is also the winner of the Brazilian jiu-jitsu black belt. He has over 900k followers on Instagram.

Savannah Montano has made a career for herself by taking full advantage of the possibilities that the internet has on its cards. She began posting fashion-related content on the app, Tumblr and captured the attention of tens of thousands of fashionistas.

Strictly being a fashion influencer, she decided to use social media to show off her unique fashion ideas. She created an account on the six-second video-sharing app, Vine. Though she was late to the online game, it didn’t take long for her to build a large social following on the app, where she had over 430,000 followers before Vine was officially shut down.

Savannah Montano continued to pursue her dreams as a fashion entrepreneur and launched her e-commerce website called Disruptive Youth when she was still a teenager. She sells a wide range of clothing, bodysuits, and activewear that is perfectly crafted to fit her taste.

With such a passion for fashion, Savannah has found many ways to display her works. It’s no doubt that Instagram is her favorite social media site, where she has managed to win over 1.8 million hearts. Her Instagram page is filled with racy pictures of herself in proactive bikinis and swimwear.

Savannah has already accomplished a lot than most women her age. She has been very successful in her career and will likely continue that way for years to come.

Savannah Montano is very active on social media which she uses to connect with her fans. She mostly shares saucy pictures, flaunting her incredible body in revealing outfits on Instagram that attracted over 1.8 million followers.

She runs a Youtube channel under her name, on which she uploads videos of her daily lives as well as covers a wide range of topics, which has over half a million subscribers. Savannah can be found on Twitter @savmontano, where she has over 921,000 followers. Her Facebook page @savmont has over 12,000 followers.

Her celebrity crush is Jaden Smith.

Some of the most popular videos on her YouTube channel are “A DAY IN THE LIFE”, “Surprising My Boyfriend in NYC”, “Savannah’s 21st Birthday Vlog”, “I WANT A BABY PRANK”, “THE WHISPER CHALLENGE !!” and “WHAT I EAT IN A DAY”, among many others.

Dolphin is her favorite animal.

She follows a strict fitness regime to keep herself fit and healthy.

In 2015, she started following a pescatarian diet and stopped consuming dairy and eggs.

She turned vegan in 2016. Now, she consumes fish, salads, and vegetables.