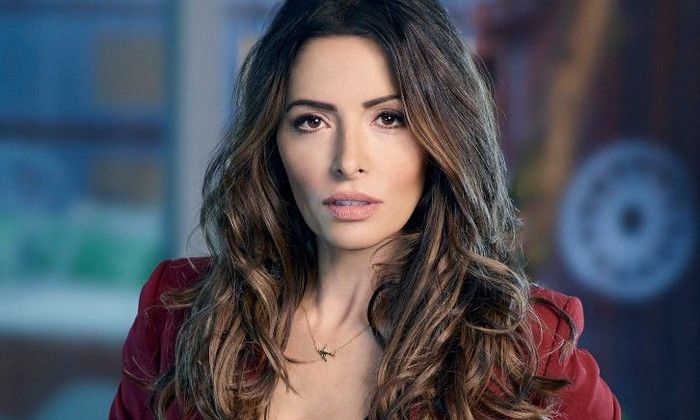 Sarah Shahi is an American actress and former NFL Cheerleader. She burst onto the acting scene in her early twenties and got her first mainstream break with the USA Network legal drama Fairly Legal, where she played the role of Kate Reed. Ever since her early roles, she has witnessed a huge surge in popularity, thanks to her roles in Person of Interest, Reverie, Divine Access, Bullet to the Head, Bad Therapy, and the upcoming Netflix’s Sex/Life. She has nearly a half-million followers on her Instagram, and that number keeps on growing every passing day.

Sarah Shahi was born Aahoo Jahansouz Shahi to parents of mixed ethnicity, Abbas Jahansouz Shahi and Mah Monir Soroush Azar. Her father, an Iranian, worked at the American embassy in Iran and moved to the United States two years before the Iranian Revolution. Her mother was born in Spain, to an Iranian father and a Spanish mother.

She grew up in her hometown in Texas, alongside her older brother, Cyrus, and younger sister, Samantha. She attended Trinity High School and then joined Southern Methodist University from where she majored in English and Theater. During her time at SMU, she was a member of Alpha Chi Omega.

Sarah Shahi was married to actor Steve Howey from 2009 to 2020. The couple has three children, a son William Wolf Howey and twins Violet and Knox Blue. They ended their eleven years of marriage life in May 2020.

Without a doubt, Sarah is one of the finest actors in the industry, with a handful of hits to her credits. All of her accomplishments and her contribution to the industry have made Sarah really rich.

As of 2023, Sarah Shahi has a net worth of $3 million, thanks to her pretty impressive resume. Some of the popular television shows that Sarah starred in are The L Word, Fairly Legal, Person of Interest, Reverie, City on a Hill, among many others.

Shahi won the Miss Fort Worth pageant in 1997.

Prior to her start as an actor, she served as a cheerleader for the Dallas Cowboys.

Sarah made her acting debut in 2000 in an episode of the TV show City Guys.

In October 2012, she landed the cover of Maxim Magazine’s ‘TV’s Hottest Girls’ Issue.

She’s fluent in English and Farsi.