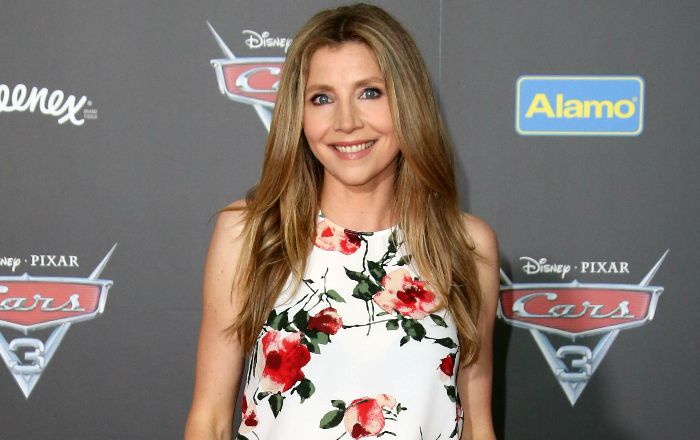 Sarah Chalke is a Canadian-American actress who caught the spotlight for her role as Dr. Elliot Reid on the television comedy series Scrubs and Rebecca “Becky” Conner on the ABC sitcom Roseanne. She played Stella Zinman on the CBS sitcom How I Met Your Mother and had a recurring role on the third season of the ABC/TBS sitcom Cougar Town.

Sarah Chalke was born in the middle of three daughters of Douglas and Angela Chalke. Her father, who is of English descent, is a lawyer and mediator. Her mother is German and is also a mediator. She has two siblings, Natasha, and Piper Chalke.

Sarah Chalke has been in a relationship with a lawyer and fellow Canadian James Afifi since 2003. The couple got engaged in December 2006 and they have a son, Charlie Rhodes Afifi, born on December 24, 2009, and a daughter, Frankie, born on April 28, 2016. Her son was diagnosed with Kawasaki disease in 2009.

In 2006, Sarah was cast as Myra Soljev in the action thriller film Y2K.

Sarah made her television debut when she was eight years old starring as a reporter on the Canadian show Kidzone (Kerrisdale High) in 1989.

As of 2023, Sarah Chalke has an estimated net worth of $14 million dollars.

She began her acting career at the age of eight and appeared in local Vancouver theater productions.

Sarah is proficient in several languages including English, French, and German.

She has dogs named Harley and Tankers. She also has a brown Labrador, Lola, which was gifted to her by Scrubs co-stars.

Sarah earned the role of Becky on Roseanne in 1993 when the series main cast Alicia ‘Lecy’ Goranson dropped the show to pursue her college education.

She is close friends with Scrubs co-star Zach Braff.

Chalke had her first on-camera kiss in the 1992 movie City Boy, shot at Lighthouse Park in Vancouver.

The multi-talented actress can write with her toes.

Sarah describes herself as a klutz.

In 2021, Chalke played Kate Mularkey in the Netflix series Firefly Lane, co-starring along with the likes of Katherine Heigl.