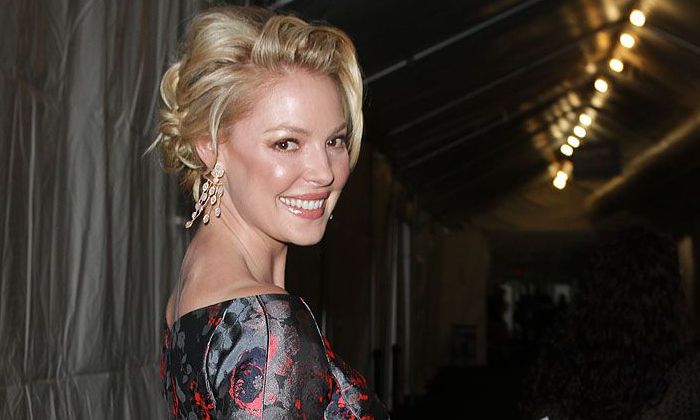 Katherine Heigl is an award-winning actress and producer. She burst into the scene while still in her teens during the early 1990s and quickly reached the heights of her career, becoming one of the most popular Hollywood actresses. Yet of all her acting credits the one that landed her in the spotlight was her portrayal as Doctor Izzie Stevens on the ABC hit TV series Grey’s Anatomy. She has starred in a number of prominent projects like Knocked Up, 27 Dresses, The Ugly Truth, Killers, Unforgettable, The Nut Job, State of Affairs, Suits, and Firefly Lane.

Katherine Heigl was born on the 24th of November 1978, in Washington, D.C., United States of America.

Katherine was educated at New Canaan High School in Connecticut.

She was just nine years old when she signed with Wilhelmina’s modeling agency and dropped out during her sophomore year after landing various film roles. She completed her high school in 1997 through homeschooling

Katherine Heigl met singer Josh Kelley in spring 2005 while working on his music video for the song “Only You” and started dating soon after. One year later their engagement in June 2006, the couple married on December 23, 2007, in Park City, Utah.

She welcomed her third child with her husband Josh, a son, Joshua Bishop Kelley Jr., on December 20, 2016

Katherine Heigl got her start during the early 1990s when she booked her first modeling job for Sears and Lord & Taylor and followed it up with a television commercial for Cheerios.

She made her big-screen debut in 1992 with the film That Night, in which she portrayed a minor role Kathryn. Her first major role came in the film, My Father the Hero, where she played a rebellious teenager, alongside Gérard Depardieu.

In 1999, she landed her first television role in The WB science fiction series Roswell, playing Isabel Evans, a stranded alien trying to live a normal earthly life. During this time, she graced the covers of many popular magazines as well as featured in TV shows. The series ended its run after three seasons in 2002.

In 2005, it was announced that Katherine would play one of the lead roles in the ABC medical drama Grey’s Anatomy. She played Dr. Izzie Stevens, a role that helped her to transition into a prominent face on the small screen. She won the Primetime Emmy Award for Outstanding Supporting Actress in a Drama Series in 2007.

Since then, Katherine Heigl has appeared in a number of movies and TV shows, including the likes of Knocked Up, 27 Dresses, The Ugly Truth, The Nut Job, Home Sweet Hell, Jenny’s Wedding, Unforgettable, State of Affairs, Doubt, Suits, and Firefly Lane.

Collectively, all of her acting jobs and modeling assignment have helped her accumulate a whopping net worth of $30 million as of 2022.

In 2007, Katherine was named one of Entertainment Weekly’s Top 25 Entertainers Of The Year.

She’s active on Instagram, where she has more than 4 million followers.

She has appeared on the covers of numerous magazines such as Maxim, Vanity Fair, and Cosmopolitan.