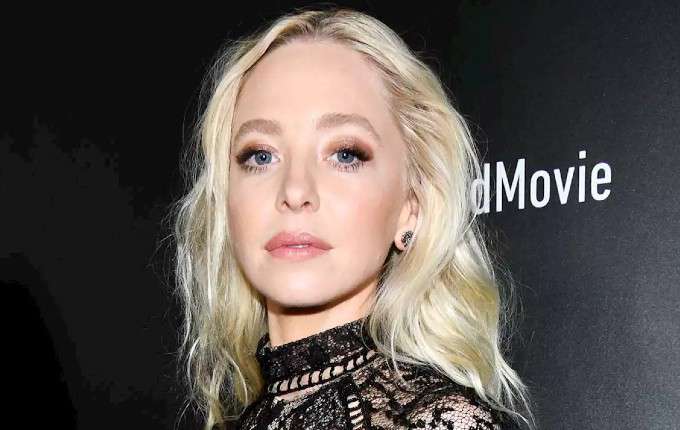 Portia Doubleday is one of the most gorgeous and talented actresses of her generation. She is the younger sister of actress Kaitlin Doubleday. The actress is probably best known for her portrayal of Angela Moss in the TV show Mr. Robot. Starring opposite Rami Malek, she played his childhood friend and co-worker in the show that ran for four successful seasons between 2015 and 2019.

After the show wrapped up, Portia continued acting and went on to pursue other projects. Despite not having achieved the level of fame like some of her peers, Portia has enjoyed a successful career in the entertainment industry. Besides all, she has also appeared in some noteworthy films, including the Spike Jonze-directed Her, the 2013 horror film Carrie and the 2020 Jeff Wadlow’s supernatural film Fantasy Island. Here’s everything you need to know about Portia Doubleday.

She has English and German ancestry.

Portia Doubleday was born in a show business family of Christina Hart and Frank Doubleday. Her parents are both former renowned actors. Her mother, though retired from acting, is still active in the entertainment industry. She now works as a playwright as well as produces plays.

She grew up with her sister, Kaitlin Doubleday, who is also an acclaimed actress, known for Empire and Nashville. In an interview with Los Angeles Times, she told that she was a tomboy at a young age and played soccer for 12 years.

For her education, she attended the Los Angeles Center for Enriched Studies, located in West Los Angeles.

When it comes to her romantic life, the actress is super secretive and refrains herself from giving a glimpse into that aspect of her life. It looks like that the actress is not involved in a romantic relationship with anyone right now. But she has a dating history with Australian actor Alex Russell. They both dated for some time in 2012, with their relationship came to light after they were spotted kissing each other in a shopping mall in Los Angeles.

Ever since Portia confirmed that she’s playing one of the key characters in the TV show Mr. Robot, which is headlined by Rami Malek, they both have been romantically linked. Though neither actor has confirmed the relationship, they have reportedly been dating in private. On top of that, Portia shared a picture of herself kissing her on-screen pair on her Instagram made her fans think that they were more than just friends. The pair reportedly broke up in 2017 and the actress has since deleted all the pictures of her and her alleged boyfriend from Instagram.

Well, even if you don’t follow her career, you probably have heard of her or have seen her in a films or TV show. Although her career took off some time around in the late 2000s, Portia Doubleday really hit her stride in 2015 with Mr. Robot, a thriller TV show, in which she held a key role. She portrayed Angela Moss, a childhood friend, and co-worker of the central character, played by Rami Malek. She won praise and acclaim for the extraordinary acting she displayed throughout her run on the show. After four successful seasons, the show wrapped in 2019.

Another show that put her in the spotlight early on in her career was Mr. Sunshine. She had a major recurring role on the show but the production house canceled it due to low ratings.

So, if you are wondering how much the actress would have probably made from her acting career, we have you covered. As of 2023, Portia Doubleday’s net worth is estimated to be around $2 million dollars. Without a second thought, we can say that a majority of her wealth was earned through acting.

She was just nine years old when she made her acting debut as Young Margaret in Bram Stoker’s horror movie Legend of the Mummy in 1998.

Her television debut came after twelve years in 2011 with the TV show Mr. Sunshiine. She played the role of Heather in 12 episodes.

Despite her early interest in acting, her parents told her that she can pursue acting only after completing high school.

She was named one of the 55 faces of the future by Nylon Magazine’s Young Hollywood Issue.

In 2020, she played Sloane Maddison in the film Fantasy Island, which is an adaptation of the show of the same name.