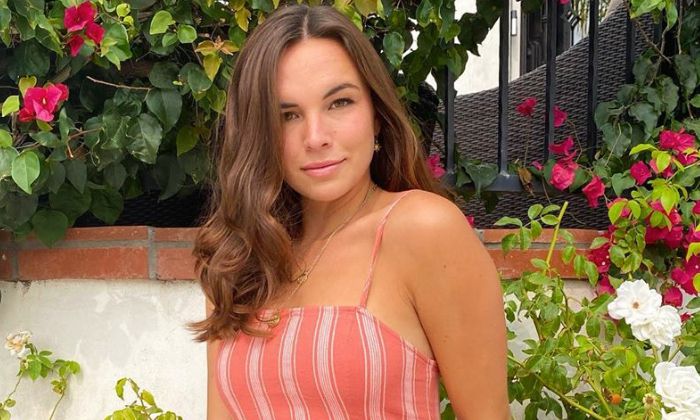 Pierson Wodzynski is a 21-year-old American social media sensation, YouTuber, and viral content creator. She has achieved great success by posting funny yet engaging short sketches on her extremely popular TikTok handle on which she’s attracted over 5 million followers and tens of millions of likes. In addition to her impressive fan following on TikTok, she has amassed over 2 million Instagram followers and nearly about 1.7 million subscribers on her eponymous YouTube channel.

Very little is known about her family and her early life. Her mother’s name is Karin Wodzynski. She has one younger brother, Logan Wodzynski, who is also a social media personality. He often helps her with content creation.

She attended the University of California, Santa Barbara, and El Camino College.

Pierson Wodzynski has been in a relationship with fellow social media star and YouTuber Brent Rivera since 2020.

At just 22 years old, the young and passionate social media influencer Pierson Wodzynski has already achieved a tremendous amount of success. With so many accomplishments to her name, she has become extremely popular and well-liked among people who have discovered her content admirable and entertaining.

She has a huge passion for quality and engaging content which is evident in all of her videos. She has accrued more than 2 million followers on her @piersonwodzynski Instagram account as well as 1.7 million subscribers on her self-titled YouTube channel.

Being a social media phenomenon with millions of followers has become a huge business these days. These influencers effortlessly generate hundreds of dollars or more for each post they create for a brand. Moreover, brands are also willing to spend millions of dollars on these influencers as they find it easy and cost-effective to reach a wider and target audience. When it comes to earnings, it’s very simple, the more the followers the more the bucks.

Though her exact net worth has not been shared with the public, she earns a lot through various revenue streams including YouTube ad revenue, sponsored posts, and endorsements.