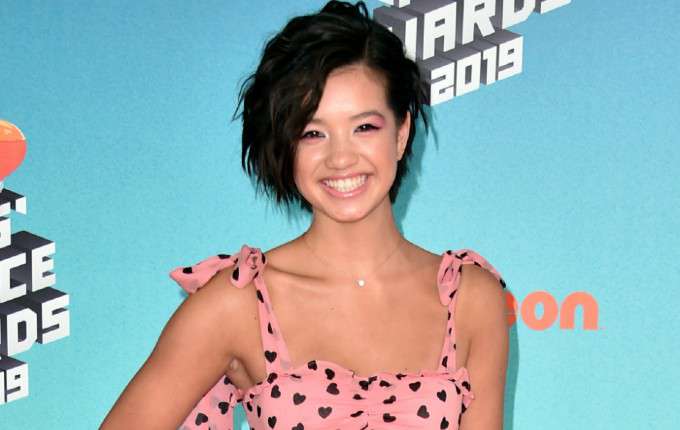 Peyton Elizabeth Lee is an American actress who first came to public attention for playing the titular character on Disney’s Andi Mack from 2017 to 2019. In addition, she had guest roles in Shameless, Scandal, and Stumptown. In 2019, she landed a recurring voice role in the anime The Lion Guard, providing her voice to the character Rani.

She played the lead role of Lahela “Doogie” Kameāloha in the ABC television series Doogie Kameāloha, M.D. She has a large following on Instagram with more than 1.6 million followers.

Peyton is the middle of three children to actor Andrew Tinpo Lee and his wife Jennifer Dormer Lee, psychologist. Her father is a famous actor known for her work in General Hospital and Five Points. She has two siblings, an older sister, Ella Margaret Lee, and a younger brother named Julian Andrew Lee.

Though not much is known about her formal education, she studied acting at the renowned Playhouse West. At the time, she became the youngest student ever to secure admission to the school. She then went to enroll in acting courses at the Marnie Cooper School of Acting Inc and Margie Haber Studio.

Peyton attended Debbie Allen Dance Academy where she learned to dance as well as studied Meisner technique at the William Alderson Studio.

Peyton is currently believed to be single. She was romantically involved with actor Asher Angel, her Andi and Mack co-star in 2017.

Peyton’s career got off to an early start. She began her career in show business at the age of 10 and landed her first acting role in a 2015 episode of the TV show Scandal. She quickly gained the momentum that she was looking for. In less than two of launching her acting career, Peyton secured her lead part on Disney’s Andi Mack. It is, without a doubt, Andi was the career-defining role that not only put her on the radar but has also elevated her stardom status. It proved to be a turning point in her career, leading to several other roles.

Thanks to her part in Andi Mack, she won the Young Entertainer Awards for Best Young Ensemble in a Television Series in 2019. She is among a few actors who started off very early as well as enjoying a successful career.

She moved to Manhattan Beach, California with her family when she was around 10 so that she would get some better acting opportunities.

Apart from mainstream acting, she has appeared in a handful of commercials for brands like Sprint, Carnival Cruises, JC Penny, and Petco.

In 2021, she was cast in the role of Lahela “Doogie” Kameāloha in the TV show Doogie Kameāloha, M.D.