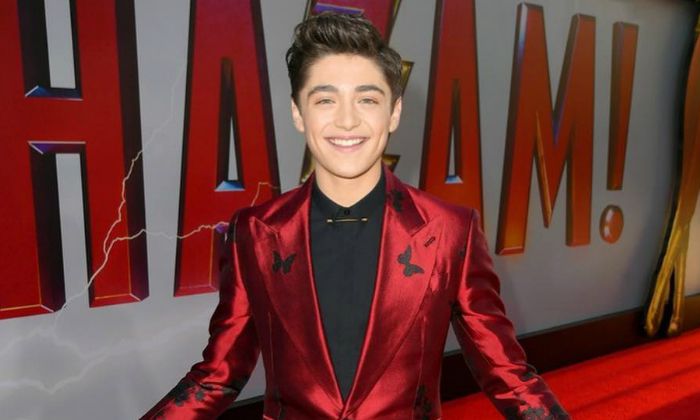 Asher Angel is an American actor who is probably known for his role as Jonah Beck in the Disney Channel series Andi Mack. He began his acting career as a child artist in the 2008 film ‘Jolene’ and went on to appear across TV shows and films including ‘Nicky, Ricky, Dicky & Dawn,’ ‘Criminal Minds: Beyond Borders,’ and ‘Shazam!’

Asher Angel was born on the 6th of September 2002, in Phoenix, Arizona, United States of America. He is currently 19 years old.

Asher Angel is the oldest of three children to parents Jody and Coco Angel. He has two siblings, a brother, Avi Angel, and a sister, London Bleu Angel. His brother is also an actor and model. There are no details about his early life and education available at the moment. His ancestry is Ashkenazi Jewish.

Asher Angel has been in a relationship with social media star Caroline Gregory since 2020.

Prior to dating Caroline, he was romantically linked to actress Annie LeBlanc. The two started seeing each other in 2018 and began dating in early 2019. They broke up in the summer of 2020.

He was previously linked up with actress Peyton Elizabeth Lee, his co-star from Andi and Mack.

Asher Angel made his acting debut when he was just 5 years old, playing Brad Jr. in Dan Ireland’s drama film ‘Jolene’ in 2008. The film is based on the short story “Jolene: A Life” by E. L. Doctorow and inspired by Dolly Parton’s song of the same name. He starred alongside Jessica Chastain, who played the title character.

Asher bagged his first television role in 2016 when he cast as Jasper in an episode of Nickelodeon’s comedy series, ‘Nicky, Ricky, Dicky & Dawn.’

The year 2017 saw the release of his debut single entitled “Snow Globe Wonderland.”

In 2017, he landed the role of Jonah Beck in the Disney Channel drama series ‘Andi Mack,’ which is definitely one of his best in his career. He has since playing the role alongside actors Peyton Elizabeth Lee, Joshua Rush, Sofia Wylie, Asher Angel, Lilan Bowden, Lauren Tom, and Trent Garrett. The series is one of the top-rated show which ultimately gained traction among children in the age bracket of 6 and 14.

He played the main role of Billy Batson in the DC Comics’ ‘Shazam’ in 2019. In the film, he portrays the character of a teenage boy “William “Billy” Batson” who transforms into an adult superhero whenever he cast he spell ” Shazam (an acronym for Solomon, Hercules, Atlas, Zeus, Achilles, and Mercury).”

Asher is Jewish and also has Israeli roots.

He began acting professionally at the age of 5. After making his debut with the film called Jolene, he moved on to theater and appeared in various theater productions.

By 7, Asher earned a role in the musical Oliver. He landed on multiple plays including The Little Mermaid, Seussical, Mary Poppins, and Into the Woods at the Desert Stages Theatre in Scottsdale.

After he got selected for a lead role in the Disney Channel television series Andi Mack, his family moved to Utah to accommodate his filming schedules.

The talented star is also a singer and a guitar player.