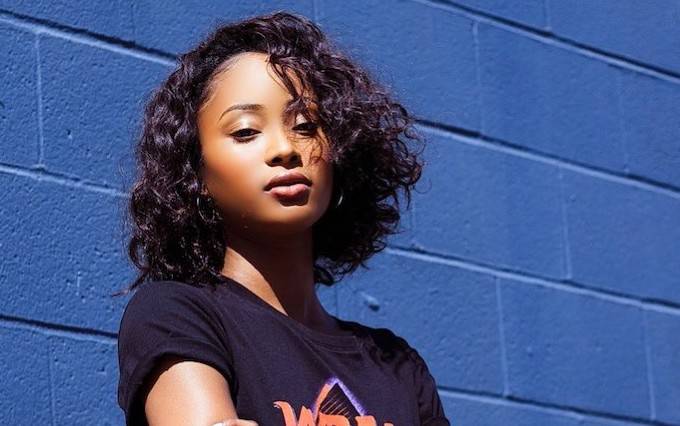 Of African descent, actress and singer Pepi Sonuga shot to fame for her portrayal of Lacey Emery in the Starz horror-comedy series Ash vs Evil Dead as well as Tangey Turner in the Freeform drama series Famous in Love. Born in the African country of Nigeria, Pepi moved to the United States when she was just 10 years old. She began her career as a model and moved on to acting when she got her breakthrough in the 2013 movie Life of a King. Over the course of her acting career, she has been a part of several acclaimed projects, and most recently, she was cast in the ABC series Queens, in which she plays a rapper turned aspiring lawyer Lauren ‘Lil Muffin’ Rice. Here’s everything you need to know about the breakout star Pepi Sonuga.

Pepi was born in Lagos, Nigeria to parents of mixed descent and lived there until the age of 10. Her father belongs to Yoruba, an ethnic group in Western Africa while her mother has Igbo roots, an ethnic group in Nigeria. While she was 10, her family relocated to the United States to Los Angeles, California, where she attended Culver City High School.

Despite being in the entertainment industry, Pepi Sonuga prefers to stay away from the spotlight. She is very private and hasn’t shared anything about her family or her dating life with the public. She keeps that aspect of her life to herself, so we can’t glean too much information from her.

After modeling for a while, Pepi made her mark in the entertainment industry in 2013 when she was cast as Michelle in the movie Life of a King. That same year, she made her small screen debut, playing Taylor DuBois in the show General Hospital.

She scored her first major credits in the show Ash vs Evil Dead, which she followed up with prominent roles in Famous in Love, Welcome to Daisyland, Thriller, and Leprechaun Returns. She has spent the major part of her life in the spotlight, thanks to the accomplishments she has made all through the years of her successful acting career.

As of 2023, Pepi Sonuga is estimated to be somewhere between $1 to $2 million dollars. Her impressive net worth is a result of her appearances in both movies and TV shows.

Pepi was originally from Nigeria, but she ended up moving to Los Angeles with her family when she was 10 years old.

At age 15, she won the Miss Teen Los Angeles title.

As a model, she has modeled for several renowened brands such as Forever 21, Hot Topic, and Skechers.