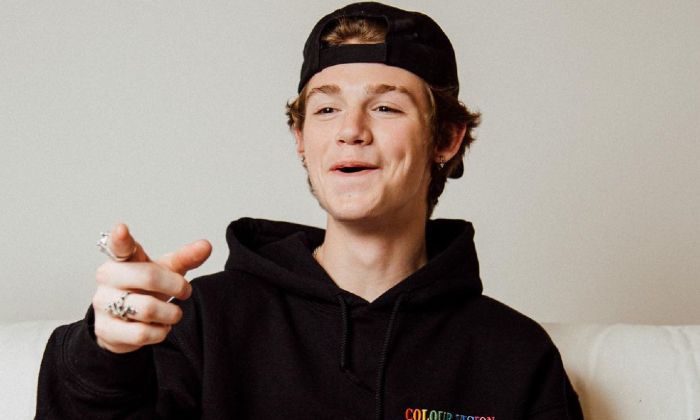 Payton Moormeier, American born and raised, who’s only in his late teens, has already garnered so much attention for himself. The star quickly became one of the leading content creators in the world that catapulted Payton into a career of his own as an online influencer and musician within the ever-growing internet community. He started posting dance videos and lip syncs of the things he loves to his TikTok account. What he started over five years ago, as a desire to show off his talent, now boasts over 15 million loyal followers.

Not only has Payton made a name for himself in the competitive online space, but he’s exploring his passion for music and has released songs like “Love Letter,” “Habits,” “Hard to Breathe,” and “Nevermind.” He firmly believes that the reason behind his success is his unique approach, always staying true to himself and sharing what he genuinely loves and believes in.

Payton Moormeier is the youngest in his family. His parents are Chris Addario and Joanne Moormeier, and he grew up alongside his older sister, Faith Moormeier, who is also a TikTok star.

Talking about his romantic life, he’s currently in a relationship with fellow TikTok star Cierra Birdsong. The couple started dating in 2020, and they have been going strong since then.

His Claim to Fame

While he’s active on various social media apps, it was the short video-sharing app TikTok that helped him gain global stardom. He has been posting lip-syncs and dance videos to his TikTok account since he was 12 years old, and now he has over 14 million followers on the platform, and that number is only growing.

He’s got some serious dancing skills and lets his talent shine through his videos on TikTok that easily garner millions of views. On YouTube, he follows a different approach, on which he only uploads music videos for his songs. His channel boasts over 1.3 million subscribers and over 20 million views.

Payton Moormeier has tons of followers all over social media, so he has caught the attention of various brands that want to connect with his fans. Online influencers make a lot of money by promoting brands these days, with popular accounts being able to command hundreds of dollars or more for each post they create for a brand. Companies find it an easy, cost-effective way rather than traditional print and television advertisements.

It works on a simple formula, the more followers you have, the more likely you are to get big bucks. Payton Moormeier has an impressive net worth, which is currently estimated to be $3 million.

Payton has participated in the 2017 and 2018 seasons of the Playlist Live event that took place in Washington DC and Orlando, respectively.

In July 2019, he competed against Jaden Hossler and Tayson Madkour in a Wall of Fame challenge.

In February 2021, he signed a global recording deal with AWAL.