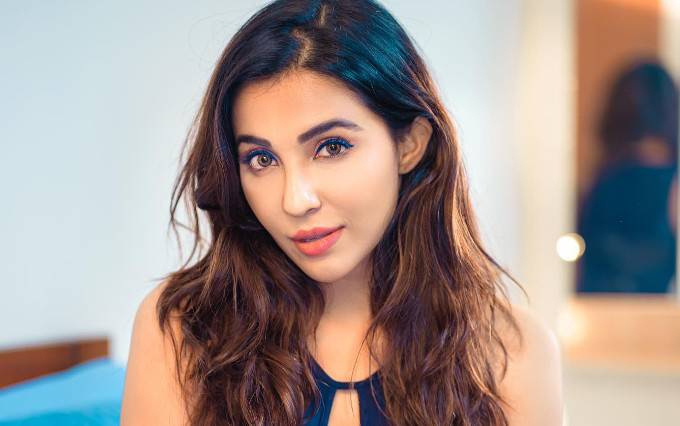 Parvati Nair is an Indian actress and model perhaps best known for her work in the South Indian film industry. Before venturing into mainstream cinema, Nair was a successful model and emcee, with credits in over 50 commercials, print ads, ramp shows, emcee-ing, and photoshoot assignments to her credit. She is best known for her roles in movies such as Story Kathe, Yennai Arindhaal, Koditta Idangalai Nirappuga, and Nimir. She had contested in several beauty pageants and won Miss Navy Queen Kerala (2010), Miss Mysore Sandal (2009), and Lawrence Mayo – Face of Kerala. She also won many accolades for her roles in films.

Parvati was born on the 5th of December 1992, in Abu Dhabi, the United Arab Emirates into a Malayali family. She is currently 30 years old.

Parvati Nair is the youngest daughter of Malayali parents, Venugopal Nair and his wife whose identity has not been revealed. She has an older brother named Shankar.

She attended Our Own English High School in Abu Dhabi. After returning to India, she enrolled at the Manipal Institute of Technology in Manipal, Karnataka, and graduated with a Bachelor’s degree in Computer Science and Engineering.

As far as her romantic life is concerned, Parvati Nair hasn’t yet dated anyone publicly and we presume her to be single. She has kept all aspects of her private life off the public eye and thus there’s not a lot to share about her present or past relationships.

She made her acting debut as a supporting cast in the 2012 anthology Malayalam film, ‘Poppins’, directed by Prakash.

Her Kannada debut came in 2013 with the film ‘Stiry Kathe’, a role that won her a SIIMA Award for Best Female Debutant.

She made her Tamil debut with the 2014 film ‘Nimirndhu Nil’, with a cameo appearance. Her breakthrough role as Elizabeth in Gautham Menon’s ‘Yennai Arindhaal’ starring alongside Ajith and Arun Vijay earned her positive reviews.

Since then, she has appeared in a number of films in Malayalam, Tamil, and Kannada.

In 2013, Parvatii appeared as judge in a reality show Supermodels, which aired on Amrita TV.

During her brief stint in modeling, she has appeared in more than 50 television commercials and print ads such as Anchor, Asian Paints, Malabar Gold, Mazaa Prestige, Reliance, Tata Diamonds, to name a few.

Parvatii Nair served as the brand ambassador of the Karnataka Bulldozers team during the 2016 Celebrity Cricket League and for the Nellai Dragons team led by Jayam Ravi at the Nadigar Sangam’s Star Cricket competition in 2016.

Having a rich experience in modeling and films, Parvatii Nair has an estimated net worth of US$1 million. Her main source of income are films, endorsements, and modeling. She has been a regular guest model at Indian fashion weeks, including Chennai International Fashion Week, India Luxury Style Week and Chennai’s Fashion Couture Week.

Nair owns a couple of houses in Kerala and Bangalore, where she currently lives.

During her school days, Nair won a Guinness certificate for being a part of the school team that made the longest painting in the world.

She won several titles like Miss Navy Queen Kerala (2010) and Miss Mysore Sandal (2009) and thought of participating in the Femina Miss India beauty pageant contest, but couldn’t do that because of her height restraint.

After graduation, she briefly worked as a software engineer in a corporate company before exiting to focus on her modeling career.

As a model, Nair began appearing in short films, music videos, and documentaries.

Parvatii Nair is also a motivational speaker, who appeared at TEDx Bangalore and other avenues.

In 2018, she owns the Edison Awards (India) under the category “Rising star of the year” for her role in the Tamil film Nimir opposite Udhayanidhi Stalin.