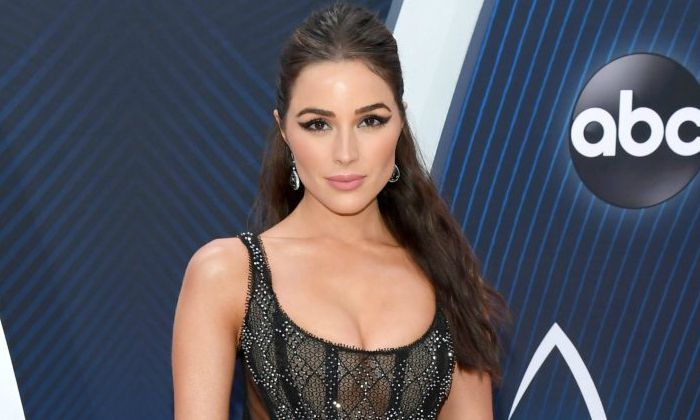 Olivia Culpo is an American model and actress who caught the spotlight after winning the Miss Universe in 2012. She was crowned the Miss Rhode Island USA 2012, winning the first pageant she participated in, and later won the Miss USA 2012. She was featured in the Sports Illustrated Swimsuit Issue for two straight years in 2018 and 2019, respectively. Olivia has appeared in films like ‘American Satan,’ ‘I Feel Pretty’ and ‘Reprisal.’

Olivia Culpo was born on the 8th of May 1992, in Cranston, Rhode Island, United States of America. She is currently 29 years old.

Olivia Culpo is one among five children of American parents Susan (Curran) and Peter Culpo. Her father has Italian roots and co-owns several restaurants including Parish Café and The Lower Depths Tap Room. Her mother is of Irish and Italian ancestry. She has two older siblings, Pete and Aurora Culpo, and two younger, Gus and Sophi Culpo.

For education, Olivia attended St. Mary Academy – Bay View in Riverside, Rhode Island, and graduated with high honors. She then attended Boston University before enrolling at the Brevard Music Center in North Carolina.

Speaking about her romantic relationships, Olivia Culpo dated musician Nick Jonas from 2013 to 2015. She then had a short-lived relationship with American football player Tim Tebow in 2015.

Culpo began dating NFL player Danny Amendola in 2016. The couple ended their relationship in March 2018 after dating for two years. After being single for a while, she revived her romantic connection with him in June 2018, however, she called off her relationship with him for the one last time in October 2018. It was alleged that he was seeing another woman. Criticizing Culpo for ending her relationship, Amendola posted “fishbowl lifestyle” and her social media actions to get “noticed on the internet and in Hollywood to make money”.

Culpo is currently in a relationship with an American football player Christian McCaffre. They began dating in the summer of 2019.

Olivia Culpo made a cameo in the 2014 American comedy-drama film, The Other Woman, in which she played the role of Raven-Haired Beauty.

She followed it up with roles in movies like American Satan in 2017, I Feel Pretty, and Reprisal in 2018.

In 2012, she guest appeared in the talk show Live with Kelly and Michael – Rhode Island USA.

As of 2023, The Rhode Island beauty queen is reportedly worth $7 million.

After she won the Miss USA 2012, the first Rhode Islander to do so, the city of Cranston held a homecoming celebration to honor her for her win.

During her time holding the Miss Universe title, Culpo traveled to many countries including Indonesia, Russia, Ecuador, Morocco, The Bahamas, Canada, England, and India.

Culpo landed herself in trouble when she did a promotional photoshoot in front of the Taj Mahal when she visited India. The act drew criticisms as any commercial or advertising activity on Taj’s premises is strictly prohibited. They later apologized for the same.

She has appeared in ad campaigns for brands such as L’Oréal and Kipling.

She has appeared on several magazine covers from Esquire to Cosmopolitan.