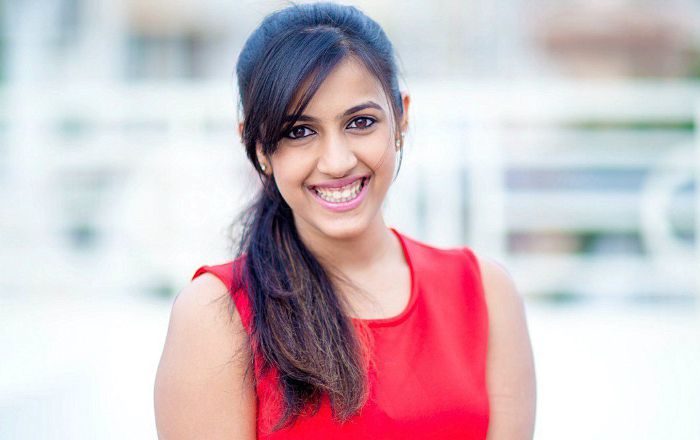 Niharika Konidela is an Indian actress and television host who is perhaps known for her work in Telugu films. She is the daughter of actor and producer Nagendra Babu and niece of Telugu actor Chiranjeevi. Her acting claim to fame includes her starring roles in such movies as Oka Manasu, Oru Nalla Naal Paathu Solren, Happy Wedding, and Sye Raa Narasimha Reddy. She has produced two web series for ZEE5 namely Oka Chinna Family Story (2018) and Nanna Koochi (2021).

Niharika Konidela was born on the 18th of December 1993, in Hyderabad, Andhra Pradesh (now Telangana), India. She is currently 28 years old.

Niharika Konidela is the daughter of actor and producer Nagendra Babu and his wife Padmaja Konidela. She has a brother named Varun Tej who is also an actor. She is the niece of actors Chiranjeevi and Pawan Kalyan. Konidela is also the cousin of actors Ram Charan and Sai Dharam Tej.

Konidela attended and graduated from St. Mary’s College in Hyderabad.

Niharika Konidela married Chaitanya Jonnalagadda on December 9, 2020, at Udaipur’s Oberoi Udaivilas Palace, attended by family members and close friends. It was a grand wedding affair that was held in the prestigious palace which was attended by the likes of Pawan Kalyan, Sai Dharam Tej, Chiranjeevi, and Allu Arjun.

Niharika Konidela made her acting debut in the 2016 Telugu film Oka Manasu playing Sandhya opposite Naga Shourya. She debuted in Tamil with the film Oru Nalla Naal Paathu Solren alongside Vijay Sethupathi and Gautham Karthik.

In 2013, Niharika ventured onto the television scene hosting the Telugu dance reality show Dhee Juniors on ETV Telugu. She hosted the first two seasons of the show and went on to act in films.

She aspired to become an actor since she was a child.

After graduation, she launched her own production house Pink Elephant Pictures through which she produces web series and short films.

She first starred in a web series titled Muddapappu Avakai before making her stint in films. The web series was bankrolled by her along with her web series Nanna Koochi.

In addition to feature films, she has also starred in a short, ODYSSEY- When Cupid Misses, a film based on teens.

In 2021, she produced the web series entitled Oka Chinna Family Story for the OTT platform ZEE5.