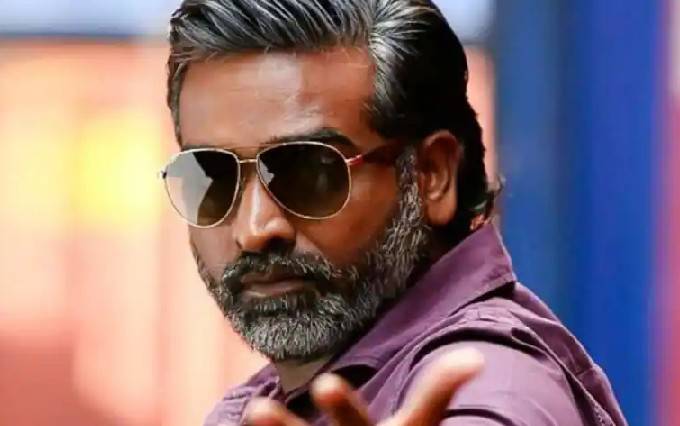 Vijay Sethupathi is an Indian film actor, producer, screenwriter, lyricist, and playback singer. He is probably best known for Pizza, Naduvula Konjam Pakkatha Kaanom, Naanum Rowdy Dhaan, Sethupathi, Vikram Vedha, 96, and Master. Sethupathi did many odd jobs before pursuing acting and it took seven years for him to get a breakthrough. Until then, Vijay appeared only in small roles. Today, he’s one of the prominent actors in the Tamil film industry.

Vijay Sethupathi is the son of Kalimuthu and Saraswathi. He has two brothers and one sister. He spent his childhood years in his hometown of Rajapalayam where he studied until class six and later moved to Chennai with the family.

Upon arriving in Chennai, the family settled in Ennore located in North Chennai. He attended MGR Higher Secondary School in Kodambakkam, Chennai, and then went to Dhanraj Baid (D.B.) Jain College in Thoraipakam, Chennai from which he earned his B.Com degree.

Vijay Sethupathi married his longtime girlfriend Jessie in 2003 with whom he has two children, Surya and Sreeja.

Vijay first appeared in the 2004 Tamil film M. Kumaran S/O Mahalakshmi in a minor role and debuted as a lead role in the 2010 Tamil film Thenmerku Paruvakaatru.

His breakthrough roles in films like Pizza (2012) and Naduvula Konjam Pakkatha Kaanom (2012) made him instantly popular amongst the audience. From there, Vijay Sethupathi’s fame, reputation, popularity, and wealth have only enhanced.

He also acted in a television serial called Penn in 2006. This versatile actor has showcased his talents and excelled in other fields of entertainment such as producer, singer, writer, and lyricist.

He has been featured in a few commercials and print ads.

People’s favorite actor, Vijay Sethupathi lives in a luxury house in Virugambakkam, Chennai, Tamil Nadu. He is seen driving around in Mercedes-Benz and BMW Series 7 and also owns a  Jawa motorcycle.

The actor has an estimated net worth of $10 Million, according to the media. The majority of his earnings come from acting, producing movies, endorsements, product launches, and other business ventures. He is one of the most sought-after actors in Kollywood who charges a hefty sum as remuneration for each movie he stars in.

Known for his simplistic and outspoken personality, Sethupathi has an immense fan following on Facebook. Follow him on:

During his college days, he worked in a series of odd jobs like salesman, cashier, and phone operator for pocket money.

After graduation, Vijay Sethupathi decided to move to Dubai for work to support his family where he worked as an accountant.

He was a below-average student in school and college.

While he was in Dubai, he met his future wife Jessie, who hails from Kerala, online and married her in 2003.

Sethupathi soon realized that his future is acting and eventually joined the Chennai-based theatre group Koothu-P-Pattarai as an accountant and actor.

He acted in many feature films and short films in small supporting roles and then, in 2012, he was cast by director S. R. Prabhakaran in a lead negative role in his film, Sundarapandian.

The same year, he acted in other two movies, Pizza and Naduvula Konjam Pakkatha Kaanom. Both were commercial and critical successes.

He launched his own production company called ‘Vijay Sethupathi Productions’ in 2015. Orange Mittai was his first venture, which marked his debut as a screenwriter and lyricist.

In 2021, he joined Sun TV Network’s MasterChef India – Tamil as host, a cooking reality show which premiered on 7 August 2021.