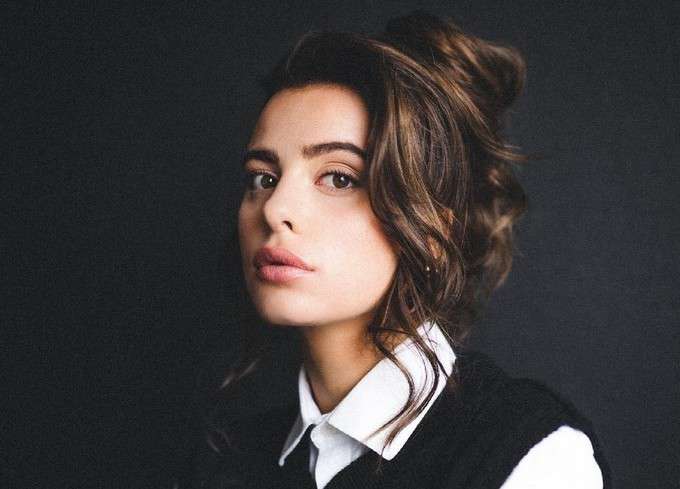 Nadia Parkes is an up-and-coming English actress, based out of London. She burst onto the acting scene in 2019, playing Rosa de Vargas, a lady-in-waiting to Catherine of Aragon, in the historical drama series The Spanish Princess. Apart from her breakout appearance, she has appeared in TV shows like Doctor Who, Starstruck, and Domina.

In 2020, she witnessed a huge surge in popularity after she sparked romance rumors with actor Tom Holland. They made their romance publicly in July that year with Tom sharing a picture of her on his Instagram. So, who is actually Nadia Parkes? How she met Tom Holland? Let’s get to know more about the budding star.

Unfortunately, not much is known about Nadia’s family life as of yet, including the identies of her parents and childhood.

Nadia studied acting at the prestigious London Academy of Music and Dramatic Art in England, graduating in the year 2018. In an interview, she said that relieved from the program early to take on a role on The Spanish Princess. While at LAMD, she had appeared in more than two dozens theatre productions, including cabaret, The Taming of the Shrew, and Twelfth Night.

The budding actress has been in a relationship with actor Tom Holland since 2020. It appears that they both met through a common friend and began dating soon after. They have been together since then.

In May 2020, Daily mail was the first to break the relationship news and reported that Tom and Nadia have been together for a while. In July that year, they went Instagram official by sharing each other’s photos on their respective Instagram handles.

Thanks to her impressive debut on The Spanish Princess, the actress has already made her way to millions of hearts. The London native is now a hot favorite of many, thanks to her stunning good looks and on-screen persona. If The Spanish Princess helped her cement a place in the entertainment industry, her relationship with Tom Holland has only raked up her popularity.

The actress has had a successful career so far. Though her net worth is not known at the moment, we can say that her boyfriend Tom Holland is one of the busiest and most sought-after actors in Hollywood. Tom is super rich and is worth about $15 million.

Parkes is a huge fan of Italian actress Sophia Loren. In fact, she inspired her to become an actress.

She is afraid of rats.

Her all-time favorite movies are The Sound of Music. Whiplash. About Time.