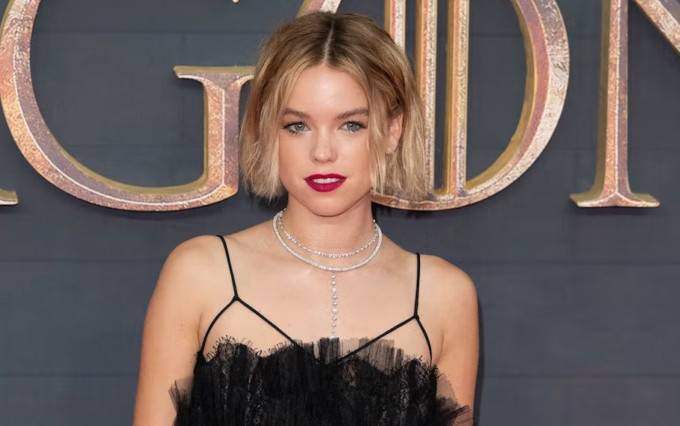 With the House of the Dragon proving to be one of the most wildly successful HBO series in recent years, it was inevitable we’d see some of the stellar cast members rise in prominence and interest. Milly Alcock, who plays the young princess Rhaenyra Targaryen in the series, has proven to be a runaway hit with fans and the curious alike. But what do you really know about this young actress? While some fans are sad to know she will exit the series as the character ages, to be replaced by Emma D’Arcy, let’s check out some of her key stats while we can still enjoy her time on our screens in this iconic role.

Who is Milly Alcock?

While Rhaenyra Targaryen looks set to become one of her most iconic roles, this young actress is a lot more than just her House of the Dragon character. Born in 2000, she’s currently 22 years of age and hails from sunny Australia. While we know the year she was born, we have never been given an exact birthdate, with the actress preferring to keep some things private from the media. It is said to be the 11th of April, however. This makes her an Aries.

A practicing Christian, the young star was fully schooled in her hometown, Sydney, Australia, and went to a private school there. She has also taken theater and acting training. From there, she started focusing on her career as an Instagram star, actress, TV personality, and entrepreneur and social media influencer. She also models and has appeared in several commercials. She has a great eye for photography, too, and enjoys it as a hobby.

Let’s take a look at some basic stats for Milly Alcock. She’s 5.5’ tall, or 1.65m for people who prefer the metric system. Her eyes are naturally blue, although some see them as gray, and she’s a blonde by birth.

While we know little about her parents, they are both known to be entrepreneurs in her native Australia. She’s very private, so while we know she has a love interest in her life, we don’t hear much about them. Her very first acting appearance was as ‘teen girl 1’ in 2014, in the series Wonderland. Her first named role came in 2017, as Isabella in the series High Life.

She’s also made appearances in High Life, The School, Fighting Season, A Place to Call Home, and, of course, her breakthrough role in House of the Dragon. Her first major role was as Meg in the Upright miniseries. She is also currently working on the upcoming series, Furlough. She also starred on the Disney Channel between 2015 and 2017. Her current estimated net worth is around $3 million, although some put it as high as $18M. Her starring role in House of the Dragon is likely to boost that significantly, and doubtless, there are more great things to come from this aspiring actress.

While she shares plenty of pictures of her hanging out with various friends, Milly Alcock is an intensely private person and doesn’t like sharing a lot of personal details with the world, rather like Peter Dinklage from the original Game of Thrones series. This means we don’t know if she is dating someone special. She is currently said to be single, however. We’re sure this will please many people!

You can find Milly on Instagram as @millyalcock, and on Facebook as @milly.alcock982. She has over 500k followers on the platform. She shared her first post there on Christmas Eve of 2014. In 2018, she was named one of the best Australian rising stars by the Casting Guild of Australia.

Milly currently lives in the East side of London, despite her Australian origins, as it’s more convenient for her filming roles. She was nominated as Best Comedy Performer at the 10th AACTA Awards, one of the youngest nominations ever for the category. That’s a fantastic achievement!

The House of the Dragon and Milly Alcock

Despite her industrious attitude, making it big as an actress is never easy. Despite her earlier roles, she was working in a restaurant when she received the news that she would play Princess Rhaenyra Targaryen in her younger years on the HBO series House of the Dragon. She has also worked in journalism in her native Australia. She was incredibly pleased with the news she landed a role in such a high-profile series, stating:

“I never thought this would happen to me. I was washing dishes in a restaurant, living in my mum’s attic. This doesn’t happen to people like me, so it was incredibly quick.”

The House of the Dragon debuted on HBO Max on the 21st of August 2022 and will run through the end of the year. It is anticipated there will be more than one season of this adaption of George RR Martin’s Blood and Fire prequel to his acclaimed A Song of Ice and Fire series, which was adapted for the screen as A Game of Thrones. Sadly, it’s unlikely we will see Milly Alcock outside of the first season, as she is only playing the younger iteration of Rhaenyra Targaryen, and is set to be replaced by Emma D’Arcy later in the first season of the series. We’re sure they will do a fantastic job of taking over the role Milly Alcock has set up for them.

Were you a fan of Milly Alcock before her rise to prominence in the House of the Dragon series, or do you only know her from this iconic role? However you came to know of this talented rising star, we’re sure you’re just blown away by her handling of this sophisticated adult role. Now you know everything there is to know about this young star, we’re sure you will be watching her career progress with interest!