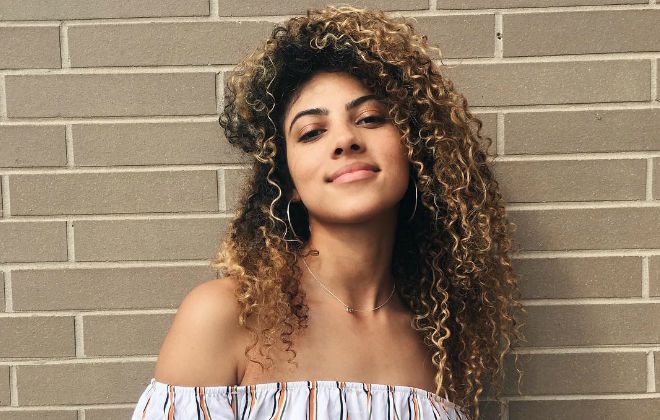 Mckenzie Small is a Canadian actress, singer and social media personality best known for her work in the TV series Backstage. She first gained fame as an internet star by posting covers of popular songs such as Caught Feelings and Right Now on YouTube and other social media accounts.

Mckenzie Small was born on the 20th of June 1999, in Credit Valley Hospital, Mississauga, Canada. She is currently 22 years old.

Talking about her personal life, not much is known in terms of Mckenzie’s personal life, family, siblings, and her education. Despite her online fame, she has managed to keep her per personal details away from the spotlight,

Mckenzie Small has kept her personal life under the wraps and thus there is not much information available of any relation she has had in the past or in the present.

Mckenzie dropped her first cover of Ellie Goulding’s “Burn” on YouTube in March of 2014.

She released her first single Caught Feelings on Apr 22, 2016. Her first EP titled Half of Me was released in April 2017, a pack of 6 songs, Control, Dynamite, Cruel, Want U Bad, Off The Earth, and Caught Feelings.

Mckenzie landed her first TV role as Scarlett Dunn in Disney/Family Channel series Backstage in 2016. She was a regular cast in the series.

She is immensely popular for her work in Backstage and her cover songs.

She began to learn how to play the piano at the age of seven years old.

Mckenzie’s first viral cover was Ellie Goulding’s “Burn”, which she uploaded to YouTube in March of 2014.

She also runs a secondary YouTube channel titled StyleByKenzie, which is mainly dedicated to fashion-related stuff. She launched this channel in 2016.

In 2016, Mckenzie was named as July’s Future Star Of The Month” by Bell Media.

Mckenzie initially auditioned for the role of Aliyah on the Backstage, but she was later offered the role of Scarlet.

Mckenzie and her cousin Haley uploaded the cover of Beyonce’s “Pretty Hurts” to YouTube, which in turn went viral on social media. Beyonce, herself, praised them, which was a huge compliment and recognition for them.