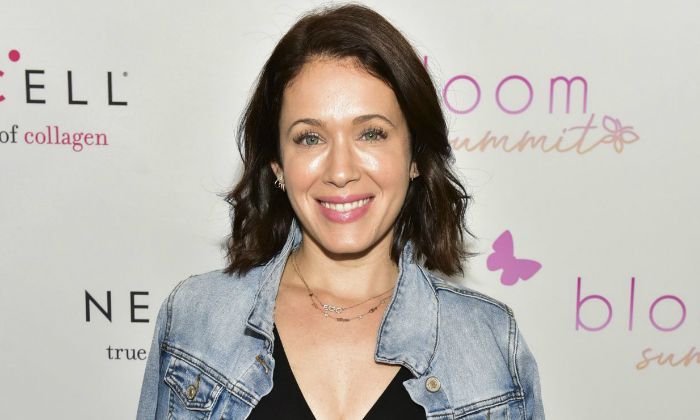 Marla Sokoloff is an American actress who is probably known for her work on television. She got her major breakthrough when she landed the role of a sassy receptionist, Lucy Hatcher, in the legal drama series ‘The Practice’ in 1998. She further continued with her success with stellar roles in ‘Desperate Housewives,’ ‘Big Day,’ ‘The Fosters’ and ‘Fuller House.’ Marla has graced several roles on the big screen, including ‘Dude, Where’s My Car?,’ ‘The Tollbooth’ and ‘Scents and Sensibility.’

Marla Sokoloff was born on the 19th of December 1980, in San Francisco, California, United States of America. She is currently 41 years old.

Marla Sokoloff was born in a Jewish family that has Russian and German origins. Her father, Howard Sokoloff, is a podiatrist, while her mother, Cindi (née Sussman), was a former caterer. She has a brother named Jared Sokoloff.

For her education, she attended Los Angeles County High School for the Arts, located on the campus of California State University, Los Angeles in Los Angeles, California.

She had previously dated actor James Franco, her co-actor of ‘Whatever It Takes’, from 1999 until they broke up in 2004.

Marla Sokoloff grabbed her first acting role in the romantic black comedy film, ‘So I Married an Axe Murderer’ in 1993, in which she played the role of Alcatraz Visitor. However, her role went uncredited in the film.

Two years later, her first credited role came with the comedy-drama film, The Baby-Sitters Club. She played the role of Margarite ‘Cokie’ Mason in the film.

Marla made her television debut with a minor role as Paige in an episode of the ABC sitcom, Boy Meets World in 1993.

Apart from acting, Marla is a talented and accomplished singer-songwriter and released her debut studio album “Grateful” in 2006.

Marla Sokoloff had her first major breakthrough with the ABC network’s legal drama series ‘The Practice’, where she essayed the lead role of Lucy Hatcher. She appeared in all six seasons of the series which ran from 1998 until 2004.

She was lauded for her praiseworthy performance in ABC’s short-lived sitcom ‘Big Day’ from 2006 until 2007.

Her other remarkable works include Dani in ‘The Fosters,’ Gia Mahan in the Netflix original series ‘Fuller House,’ and several other TV movies.

As of 2019, Marla Sokoloff has a net worth of $500 thousand dollars. Her net worth is a result of her budding acting career and other business endeavors.

She has been acting since the age of 7, starting with plays in the local San Francisco theater.

She launched her professional acting career at a very young age with a starring role in the series Full House. The budding actress was just twelve years old when she was cast in the series.

Marla landed on different roles in TV series and films before her breakthrough role in the ABC network’s legal drama series ‘The Practice.’

She served as the lead singer and rhythm guitarist for the Los Angeles rock band Smitten until she embarked on a solo career.

She is an avid fan of guitar and has a huge guitar collection.

She owns a line of custom-made guitar straps called Kiss My Axe.