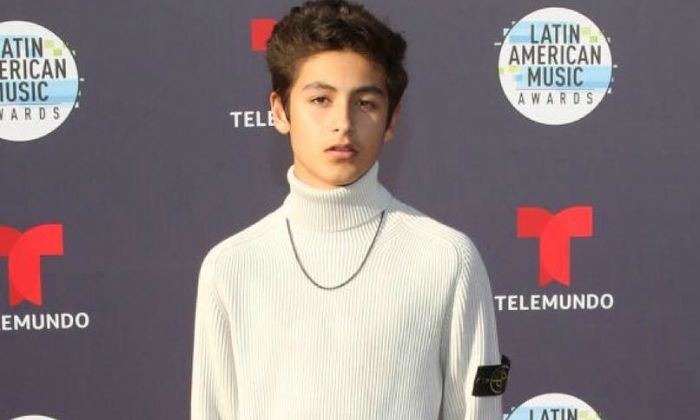 Marcel Ruiz is a Puerto Rican-born American actor who became known for his acting role as Alex Alvarez in the Netflix reboot of One Day at a Time. He received Imagen Foundation Award nomination for “Best Young Actor-Television” for successive two years in 2017 and 2018. Both his parents were filmmakers, and hence, it doesn’t take much effort for him to get into acting.

He had only considered acting as a hobby when he appeared in commercials at an early age. But fortunately, it turned into a full-fledged career for him as days gone. Though he is a high school grader, Ruiz still manages to act in both films and TV shows. In 2019, he portrayed John Smith in the biographical drama film Breakthrough alongside actors Topher Grace and Chrissy Metz.

Marcel Ruiz is the oldest child of Puerto Rican filmmakers Carlitos Ruiz and Mariem Perez Riera. He has a younger sister named Lucia. His maternal grandparents were Silverio Pérez, a singer and comedian, and Roxana Riera, a painter and singer.

His mother, Mariem, holds a bachelor’s degree in film direction from the University of Miami as well as studied documentary cinema at New York University. She also attended the International School of Film and Television (EICTV) in La Havana, Cuba.

After graduating, she returned to Puerto Rico and started her creative career with documentary films and commercials. Her first full-fledged directorial venture, Lovesickness, was released in 2007 and won several awards, including Best Opera Prima, Audience Award, Best Picture, Best Screenplay, and Best Actress.

Talking about his love life, the lad is probably single. He is still and looks like, he is not ready for a relationship, who is currently focused on his career.

Marcel made his acting debut as John Smith in the 2019 biographical drama film, Breakthrough, starring alongside Chrissy Metz and Topher Grace. The film is based on the Christian novel The Impossible by Joyce Smith with Ginger Kolbaba, chronicling the life of a boy who made a miraculous recovery after falling into an icy lake.

He landed the role of Alex Alvarez in the Netflix reboot of One Day at a Time in 2017. The series is based on Norman Lear’s 1975–1984 sitcom of the same which stars Justina Machado, Rita Moreno, Isabella Gomez, and Todd Grinnell in the lead roles.

The series is so popular amongst American audiences and it has a 97% fresh rating on Rotten Tomatoes. Ruiz was nominated for the Imagen Foundation Award in the category of “Best Young Actor-Television” in both 2017 and 2018 for his appearance in the series.

Marcel Ruiz’s remarkable works include his roles in Netflix’s One Day at a Time, Snowfall, and Breakthrough.

As a child actor and teen model, he has appeared in several commercials and ad campaigns.

Marcel has an estimated net worth of $150,000 dollars as of 2023. He lives with his family in Los Angeles, California.

Ruiz found it difficult to assimilate to the culture and traditions when his family moved to the US. Most importantly, language was quite challenging for him to embrace as he knew only Spanish at that time.

As a child, he was inclined to act as his parents were already popular in the media. But, after moving to the US, he could only appear in Spanish commercials until he learned the English language.

After Marcel became fluent in the language, he auditioned for several English-speaking roles before bagging the role of Alex Alvarez in One Day at a Time in 2017.

Besides acting, he is also a YouTuber. He uploads a lot of crazy stuff to his channel called Its Marcel Ruiz.

He has a dog named Broky.

Marcel can play the piano and cello, and can also juggle and dance salsa.