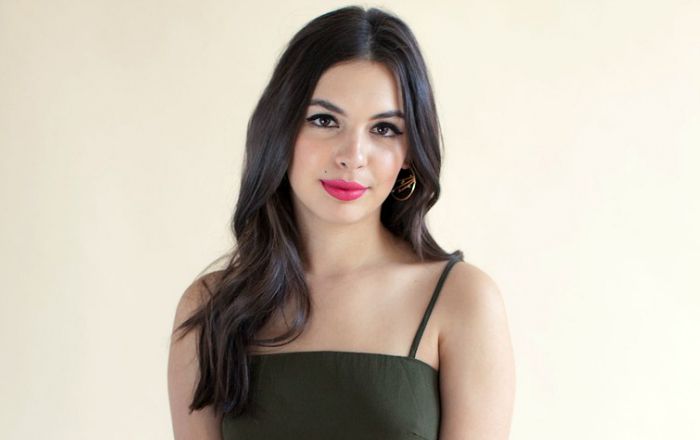 Isabella Gomez is a Colombian actress who is best known for her portrayal of Elena Alvarez in the Netflix original series One Day at a Time. She has also played minor roles in TV shows such as Modern Family and Matador.

Isabella Gomez was born on the 9th of February 1998, in Medllín, Colombia. She’s currently 24 years old.

Isabella Gomez is the only child of Sergio Gomez and Eliana Mejia Velásquez. Her father is a lawyer while her mother is a veterinary doctor. She is of Colombian and Latin American ancestry.

Isabella moved to Florida, the US at the age of 10 years old where she completed her high school education. She studied acting at the Lisa Maile Acting and Modeling School.

Isabella Gomez does not encourage talking about her personal life on the media. She was in a relationship with actor Rhenzy Feliz in the past.

Gomez made her feature film debut in Michelle Johnston’s teen comedy musical film “A Cinderella Story: Christmas Wish,” where she played the role of Isla.

She was cast in a recurring role as Cristina Sandoval in the action-drama series Matador in 2014.

Her role as Elena Maria Alvarez Riera Calderón Leytevidal Inclán, the activist and feminist teenage daughter of Penelope in the Netflix original series One Day at a Time from 2017 to 2020.

Isabella Gomez started her career modeling for ad campaigns when she was very young. She had appeared in a number of advertisements for brands in Orlando, Florida such as  Friendly’s restaurant chain, Publix supermarket, and Universal Studios.

She was also featured on a print ad for Coke.

Unfortunately, there are no details about her net worth right now. However, it is estimated that Isabella’s net worth is around $500 thousand dollars.

She wanted to become an actress at a very young age. She credits her mother for her entry into the television industry who with the help of her friend on TV made sure to get her cast in commercials in Colombia.

At the age of 10, she moved to Orlando, Florida with her parents, but she struggled a lot around this time to get adapted to the US accent. She received lessons from a vocal coach to help moderate her accent.

In 2015 her family moved to Los Angeles to improve her ability to pursue an acting career.

In 2019, she began lending her voice to the character Megan in the Disney superhero comedy animated series Big Hero 6: The Series.

Gomez won an Impact Award from the National Hispanic Media Coalition for her work in One Day at a Time in 2020.