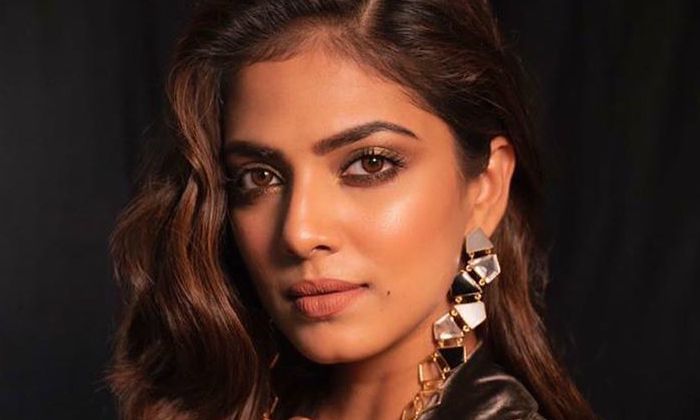 Malavika Mohanan is an Indian model and actress probably best known for her starring roles in such movies as Beyond the Clouds (2017), The Great Father (2017), and Master (2020). She has appeared in all mainstream South Indian languages including Malayalam, Tamil, and Kannada. In addition to that, she has also appeared in Hindi films. Malavika is extremely popular on social media and has amassed over 1.1 million Instagram followers and more than 170k followers on Twitter.

Malavika Mohanan was born on the 4th of August 1993, in Payyanur, Kannur, Kerala, India. She is currently 29 years old.

Malavika Mohanan is the daughter of Malayali parents K. U. Mohanan and Beena Mohanan. His father is a famous cinematographer known for his work in movies like Miss Lovely, Andhadhn, Carbon, Raees, and Aadujeevitham.

She is the only daughter of her parents and was raised in Payyanur in Kannur, Kerala. She has a brother named Aditya Mohanan. Malavika is of Malayali descent.

After graduating from high school, she joined Wilson College, Mumbai, where she majored in Mass Media.

Now, this is the topic that most of you are probably looking forward to. Well, we are sorry to say that there is not a lot we have to share regarding the personal affairs of Malavika. She has tried to keep things away from the media to the best of her abilities. Moreover, Malavika is currently focusing on her career and has very little time for romance.

Malavika Mohanan made her feature film debut in 2013, playing Riya in Alagappan’s romantic flick, Pattam Pole, opposite Dulquer Salmaan. The film didn’t perform well at the box office and failed to win the critics’ acclaim as well.

She had her first major breakthrough as an actress when she landed the role of Tara in Majid Majidi’s drama film, Beyond the Clouds, in 2017. In the films, she played the sister of the lead character, Ishaan Khatter, a street hustler and drug dealer in the city of Mumbai. He is the brother of actor Shahid Kapoor. Though the film was criticized for its making, it received praise and appreciation for the performances of the lead actors.

Malavika is quite successful as an actress which led to her popularity on social media. She has gained a huge social following, thanks to the racy pictures she shares on her social media accounts. She is never afraid to show off her enviable figure in provocative outfits.

The strikingly beautiful actress has won the likes of over a million people on her Instagram where you find her beautiful and glamourous portraits. Malavika can be found on Twitter @MalavikaM_ where she’s got over 170,000 followers. She is also on Facebook and her page has over 280,000 followers.

She kicked off her career as a model and later shifted her focus toward acting.

Her first modeling gig was a TVC for a fairness cream, where she starred alongside Malayalam actor Mammootty.

Upon learning about her interest in acting, Mammootty decided to cast her in his son Dulquer Salmaan’s upcoming Malayalam film, Pattam Pole. She accepted the offer and won the role after subsequent auditions. That’s how she got into acting.

She was nominated for a Screen Award for “Best Actress – Critics” for her performance in Beyond The Clouds (2019).

According to her, singer and songwriter Lady Gaga is the most overrated fashion icon.

In 2019, she had a small part in Karthik Subbaraj’s Petta, starring Rajinikanth, Vijay Sethupathi, and Nawazuddin Siddiqui.

In 2020, She made her web series debut, doing a small part in the biographical drama streaming television series, Masaba Masaba.