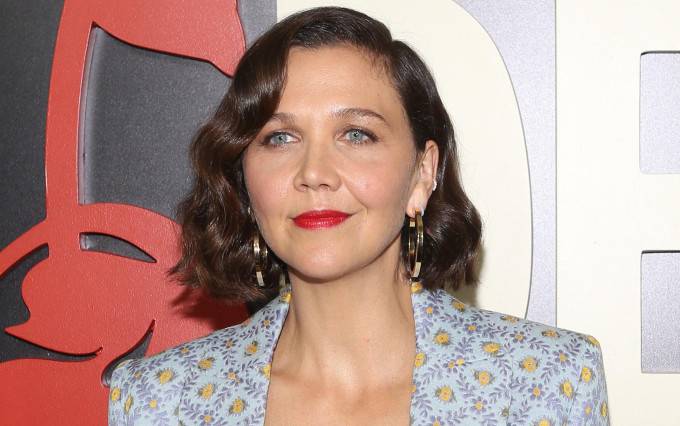 Maggie Gyllenhaal is an American actress and filmmaker who burst onto the acting scene with a minor appearance in her father’s 1992 film Waterland. Hailing from a family of filmmakers, it’s no surprise that Maggie caught the acting bug very early on, and with the help of her parents, she turned her dreams into a reality. A graduate of Columbia University and the Royal Academy of Dramatic Art, Maggie is best recognized for her portrayal of Rachel Dawes in The Dark Knight. She is also known for starring roles as Lee Holloway in the erotic black comedy romantic drama film Secretary, Ana Pascal in the fantasy comedy-drama film Stranger than Fiction, Jude in the dramedy film Happy Endings, Jean Craddock in the drama film Crazy Heart, Sherry Swanson in the drama film Sherrybaby, and Eileen “Candy” Merrell in the television drama series The Deuce. Apart from being an actress, she has also produced and directed several films, including The Lost Daughter, which she wrote, directed, and produced. She received numerous nominations for The Lost Daughter, winning Gotham Awards and Independent Spirit Awards, among several other nominations.

Maggie is of Swedish, English, Swiss-German, German, Scottish, Welsh, Russian, Polish, and French ancestry. descent on her mother’s side.

Maggie Gyllenhaal is the daughter of Naomi Achs, a film director and poet, and Stephen Gyllenhaal, a screenwriter, and director. She has a younger brother, actor Jake Gyllenhaal, and a half-brother, Luke, from their father’s second marriage. Her parents divorced in 2008.

Maggie received her school education from Harvard–Westlake prep school in Los Angeles, California, graduating in 1995. After that, she attended Columbia University and graduated with a Bachelor of Arts degree in literature and Eastern religions. She studied acting at London’s Royal Academy of Dramatic Art.

Maggie Gyllenhaal has been acting since her teenage years. She landed her first feature film role in the movie Waterland (1992), a mystery drama film directed by her father that starred Jeremy Irons, Sinéad Cusack, and Ethan Hawke. She would spend the next few years playing supporting roles and had her first breakout role in Donnie Darko (2001), a fantasy thriller executive-produced by Drew Barrymore.

She would make a bigger splash the next year, with a role in the black comedy, Secretary (2002). She starred alongside Julia Roberts and Julia Stiles in the drama film Mona Lisa Smile (2003), which saw her playing the role of Giselle. She followed it up with appearances in Happy Endings, Trust the Man, Sherrybaby, Stranger than Fiction, and Monster House. In 2008, she starred in the superhero film The Dark Knight, replacing Katie Holmes as Assistant District Attorney, Rachel Dawes. After co-starring with Christian Bale in Dark Knight, she reached new heights when she was cast in the 2009 movie Crazy Heart, co-starring Jeff Bridges, which earned the actress her first Academy Award nomination.

Most recently, she was seen in the movie Best Summer Ever, where she played the role of a TV reporter, and the following year, saw Maggie producing the movie The Los Daughter apart from serving as a writer and director. For her work in this movie, she earned several accolades, including Gotham Awards, New York Film Critics Circle, and Independent Spirit Awards. In addition to films, Maggie has also appeared in TV shows like The Honourable Woman and The Deuce.

In 2004, Maggie was invited to join the Academy of Motion Picture Arts and Sciences.

She was nominated for an Academy Award for Best Supporting Actress for her role in the 2009 film Crazy Heart.

Maggie was originally considered for the role of Joyce Lakeland in the 2010 film The Killer Inside Me but Jessica Alba was cast instead.

She is good friends with actress Emma Thompson.

She made her theatre debut in 2000 in Berkeley Repertory Theatre’s production of Closer.

Maggie served on a jury during the 2017 Berlin Film Festival.