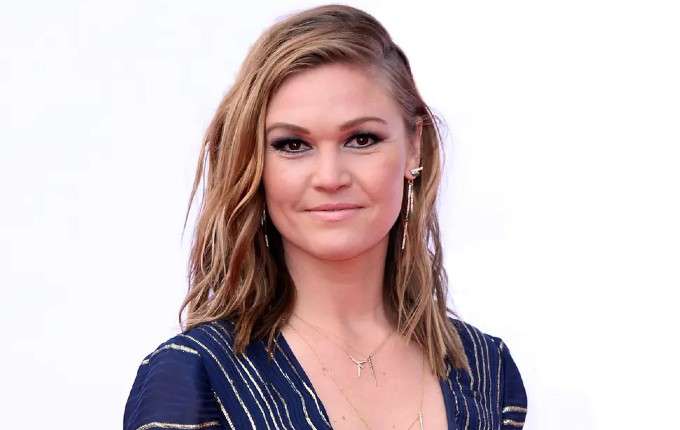 Julia Stiles is an American actress who has achieved splendid success in her career. She started her acting career at the age of 11 with the movie I love you, I love you Not. Juggling between films and TV shows, Stiles has landed roles in major productions such as The Bourne series, 10 things I hate About you, The Great Gilly Hopkins, and Silver Linings Playbook. Thanks to her versatility, she has always been one of the popular choices for challenging roles among filmmakers.

Stiles received her first career award, the Karlovy Vary International Film Festival Award for Best Actress for her part in the thriller film Wicked. She won praise and laurels for her outstanding performance as Nicky Parsons in the critically acclaimed Bourne film series (2002–2016), starring opposite Matt Damon. Julia’s television debut came with the series Ghostwriter and went on to star in TV shows like Punk’d, Dexter, and The Mindy Project. From 2017, she plays Georgina Clios in the famous TV series Rivera opposite Anthony LaPaglia and Lena Olin.

Stiles is of English, Irish and Italian Desert.

She was born to Judith Newcomb Stiles and John O’Hara. Julia’s mother worked as a potter and her father was a Businessman. Her sister’s name is Jane and her Brother’s name is Johny.

She attended New York’s Professional Children’s School and graduated with a bachelor’s degree in English from Columbia University in 2005.

Julia Stiles began a romantic relationship with a camera assistant named Preston J. Cook in 2015. They met on the sets of the thriller film Blackway (2015). With their engagement held in January 2016, the pair tied the knot in September 2017. The couple welcomed their first child, son Strummer Newcomb Cook on October 20, 2017.

Prior to settling down with Preston, Julia has had a fair of romance. She briefly dated Australian actor Heath Ledger in 1999 before getting hooked up with actor Joseph Gordon-Levitt that same year. She was also romantically linked to actor Josh Hartnett, artist Jonathan Cramer and actor Michael C. Hall between 2000 and 2011.

In 2011, she went public with her relationship with David Harbour. They worked together in the film Between Us (2012). After being in a relationship for more than four years, the couple decided to part ways in 2015.

Julia began her career on stage and made her transition to television in 1993 with the series Ghostwriter. With numerous acting credits to her name, the one that propelled her to global stardom was The Bourne film series. She played the role of Treadstone operative Nicolette “Nicky” Parsons opposite Matt Damon. The Bourne Ultimatum in the Bourne series is her highest-grossing film in her career.

Besides that, she is also known for her role in the TV series Riviera. She plays Georgina Marjorie Clios; an American art curator, and second wife of Constantine (played by Anthony LaPaglia).

Stiles has won several acclaimed awards and was nominated many times for her work. She won MTV Award, Chicago Film Critics Association Award, and Teen Choice Award, among many others. She was nominated for Emmy Award for her work in the TV series Dexter.

Julia also worked in Amnesty International as the Supporter of Habitat for Humanity. She was assigned and nominated for Emmy Awards and Golden Globe Award for her critical performances.

Thanks to her extensive active career, Julia Stiles sits on a net worth of $12 million. Her main revenue source is from acting

She launched her acting career at age 11 at the La Mama Theater and the Kitchen Theater in New York.

Julia loves to play Mini Banjo in her leisure time

She is a huge fan of the New York Mets.

Being a feminist, she has written articles and opinions on the topic in various publications.