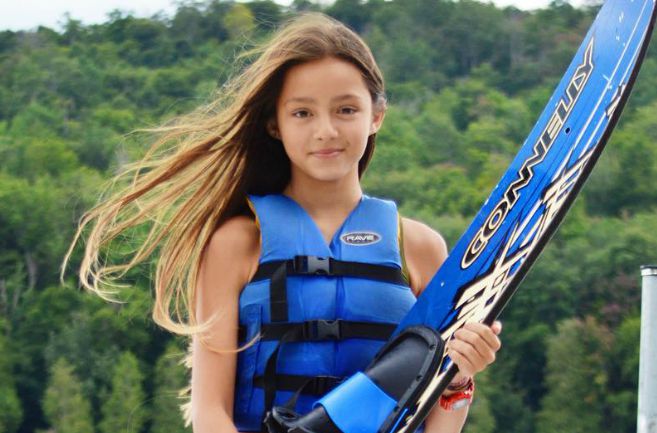 Mabel Chee is a young promising model and social media personality star from America who is best known for her strong presence on Instagram. Following the footsteps of her sister, Lily, she began modeling at a very young age. Mabel is very active on Instagram and Musical.ly, where she regularly posts her pictures and videos. She also runs a YouTube channel, on which she posts videos related to make-up and fashion.

Mabel Chee was born on the 18th of November 2005, in the United States of America. She is currently 17 years old.

Mabel Chee is the daughter of Rebecca Chee and Max Chee. She has two sisters, an older Lily Chee, who is also an actress and model and a younger Nuala Chee, who is an Instagram star.

She is of Malaysian and Chinese descent on her father’s side, while, on her mother’s side, she has Irish and Scottish ancestry.

Mabel hasn’t revealed anything about her personal life.

She is quite famous for being the younger sister of Lily Chee, who is already an established model and actress.

Having a huge fan following on social media platforms, especially on Instagram, where she has over 100 thousand followers.

Mabel Chee has modeled for brands like Marc Jacobs, Made by Misfits and Zara.

Her exact net worth is currently unknown, however, she makes a handsome amount of money from modeling and other activities.

Her elder sister Lily inspired her to embark a career in modeling and social media.

Mabel joined Instagram in 2015 and has since she gained a lot of followers.

She created her YouTube channel in 2017 and didn’t upload videos until January 2018.

Mabel envoys surfing and spending a lot of time in the water.

She has a pet dog.