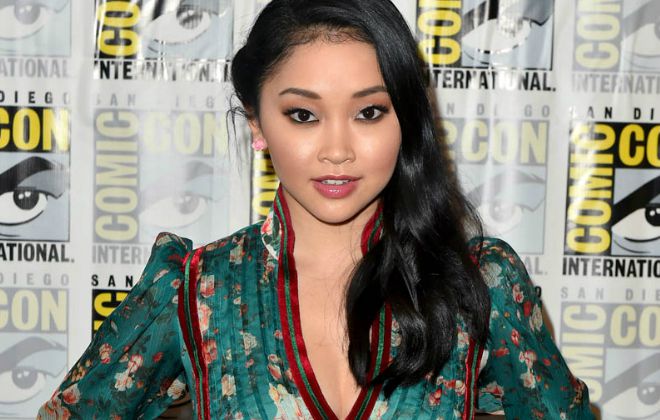 Lana Condor is a Vietnamese-born American actress and dancer who made her mark portraying mutant Jubilation Lee / Jubilee in Bryan Singer’s superhero film X-Men: Apocalypse. The young and rising actress is known for her film roles in Patriots Day as Li and To All the Boys I’ve Loved Before as Lara Jean Covey. She has also starred in a television film, High School Lover, as Allison in 2017.

Her real parents are unknown. She was adopted by American parents when she was four years old. Her foster parents are Mary Carol (née Haubold) and Bob Condor, a two-time Pulitzer Prize-nominated journalist and the former Vice President of Yahoo! Sports, on October 6, 1997. She baptized Lana Therese Condor after her adoption. She has a non-biological brother named Arthur.

Lana started to learn ballet at a very young age. She received training from the Joffrey Ballet School and Alvin Ailey/Professional Performing Arts School in New York and The Rock School for Dance Education in Philadelphia. She joined Los Angeles Ballet and continued her classical ballet training. She enrolled at The Groundlings where she took improvisational acting classes and went on to study acting at the New York Film Academy and Yale Summer Conservatory for Actors.

In 2014, she graduated as a theatre intellect from California State Summer School for the Arts. She also studied acting at the Professional Performing Arts School in New York City. In 2015, Lana graduated from an all-girls Catholic school, the Notre Dame Academy, in Los Angeles after which she was accepted to Loyola Marymount University but postponed her joining.

Lana Condor is dating actor Anthony De La since 2015. They got engaged on January 28, 2022, and they live together in Seattle, Washington.

She made her first TV show appearance as herself on Dish Nation in 2016. The following year, she portrayed the character Allison in the romantic thriller television film High School Lover, alongside James Franco and Julia Jones.

Lana is widely recognized for her roles as Jubilee/Jubilation Lee in X-Men: Apocalypse (2016). She met with critical acclaim for portraying the lead role of Lara Jean Covey alongside actor Noah Centineo in the romantic Netflix film To All the Boys I’ve Loved Before, based on Jenny Han’s young adult novel of the same name.

Over the years, she has made an impressive net worth of $2 million from film and television appearances. She lives in Santa Monica, California, United States.

Lana spent her childhood living in different places such as Whidbey Island, Washington, and  New York City, before settling with her family in Santa Monica, California.

Her parents suggested her to try acting as she had a natural flair for dance and she took acting classes at the Professional Performing Arts School and New York Film Academy.

Lana is a certified dancer as well as a competitive horseback performer.

In 2018, Lana was featured on the cover of the LA Times newspaper (on their Sunday edition) alongside co-stars Noah Centineo and Shannon Purser.

Her first kiss was on a dare in 6th grade.

Her celebrity crush is Zac Efron

She was seen as Saya Kuroki in Syfy’s television series Deadly Class, based on the Rick Remender graphic novel series of the same name, opposite Benedict Wong.