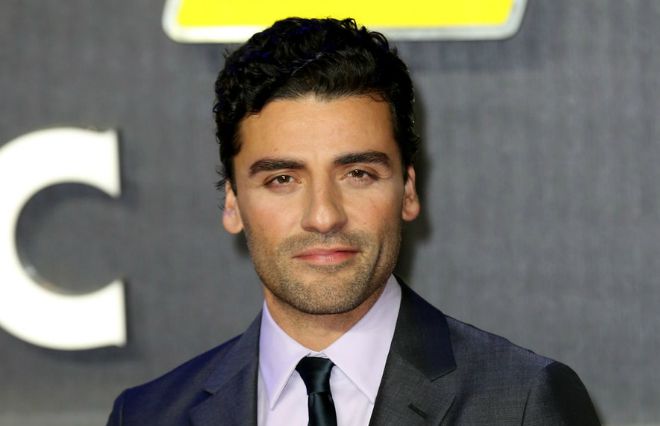 Oscar Isaac is a Guatemalan-born American actor and musician, who is best known for playing the titular character in the Coen brothers’ dark comedy film Inside Llewyn Davis, a role that earned him a Golden Globe nomination. He has several hit movies to his name, including A Most Violent Year, Ex Machina, Star Wars sequel trilogy, and X-Men: Apocalypse. He starred as politician Nick Wasicsko in the 2015 HBO miniseries Show Me a Hero, for which he gained a Golden Globe Award for Best Actor – Miniseries or Television Film.

Oscar Isaac was born on the 9th of March 1979, in Guatemala City, Guatemala. He is currently 43 years old.

Oscar Isaac is the son of María Eugenia Estrada, and Óscar Gonzalo Hernández-Cano, a pulmonologist. He has two siblings, Nicole Hernandez-Hammer, a climate scientist and Mike Hernandez.

Oscar Isaac attended a private high school. Post that, he got enrolled at the famous Juilliard School in New York City to study acting and graduated in 2005.

Isaac married Danish film director Elvira Lind in February 2017. They have a son, Eugene, born in late April 2017. The couple welcomed their second son in October 2019.

Oscar Isaac made his onscreen debut with the 1998 film Illtown, in which he played a minor role as a pool boy.

His first major role was as Francesco in the 2002 American action comedy film, All About the Benjamins.

Oscar was cast as Robbie Paulson in the police procedural series Law & Order: Criminal Intent in an episode “The Healer” in 2006.

His performance as Llewyn Davis in the 2013 French-American black comedy film, Inside Llewyn Davis, can be considered as one of his best works to date. He won several awards and earned his first Golden Globe nomination for Best Actor – Motion Picture Musical or Comedy.

He also met critical acclaim for his performance in films like Ex Machina and  A Most Violent Year. He also earned a Golden Globe for Best Actor – Miniseries or Television Film for his work in the HBO miniseries, Show Me a Hero.

As of 2023, Oscar Isaac has a net worth of $10 million. He lives with his family in Williamsburg, Brooklyn.

He was raised in Miami, Florida.

Isaac was a lead guitarist and sang vocals in his band The Blinking Underdogs before he ventured into acting.

He began playing guitar at the age of 12.

He has provided his voice to the character Poe Dameron in video games Disney Infinity 3.0 (2015) and Lego Star Wars: The Force Awakens (2016).

Oscar played Romeo in the Public Theater’s Shakespeare in the Park performances of Romeo and Juliet and as Proteus in Two Gentlemen of Verona.

Time magazine named Isaac as one of the 100 most influential people in the world on the annual Time 100 list in 2016.

In 2017 Isaac was named the “best dang actor of his generation” by Vanity Fair.