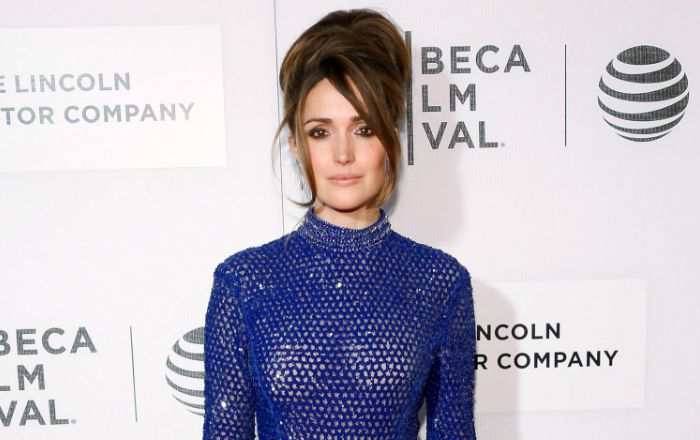 Rose Byrne is an Australian actress who earned a lot of fame accolades for her starring roles as Helen Harris III in ‘Bridesmaids’, as Renai Lambert in ‘Insidious’ film series, and as Kelly Radner in ‘Neighbors’ franchise. She played Ellen Parsons on FX sitcom ‘Damages’, along with co-star Glenn Close, which earned her two Golden Globe Awards and two Primetime Emmy Award nominations.

After graduating from the University of Sydney, Rosie studied acting at the Atlantic Theatre Company and Australian Theatre for Young People.

Prior to dating Bobby, she was in a relationship with Australian writer, director, and actor Brendan Cowell for over six years, ending their relationship in January 2010.

Rose Byrne landed her first acting role as Rastus Sommers in the 1994 film ‘Dallas Doll’. Since then, she has starred in a number of commercially successful films like ‘Bridesmaids’, ‘Neighbors’, ‘Insidious’ films, to name a few.

She had some success in her early career with the appearance in the 2000 Australian film, ‘The Goddess of 1967’.

Her portrayal of Helen Harris III in ‘Bridesmaids’ was one of the best works in her acting career. the film had significant success at the box office, earning two Oscar nominations.

She earned critical acclaim for her role as Moira MacTaggert in the superhero films ‘X-Men: First Class’ and ‘X-Men: Apocalypse’, alongside James McAvoy, Michael Fassbender, Jennifer Lawrence, and January Jones.

Her other significant work is the 2014 American comedy film, ‘Neighbors’. She played the lead role along with Seth Rogen, Zac Efron, Christopher Mintz-Plasse, and Dave Franco. Her acting in the film was largely appreciated and received mostly positive reviews from critics.

‘Spy’, a 2015 American action d spy film, was one of the most important works in Byrne’s career. The film was a huge commercial hit. The film won several awards including the Utah Film Critics’ Society Award for Best Supporting Actress.

She appeared in a television commercial for Sony in 1999. She is a brand ambassador for NIDA’s (National Institute of Dramatic Art) Young Actors Studio.

As of 2023, Rose Byrne has a net worth of $16 million dollars. She lives in New York, United States.

She became fascinated with acting at a young age and joined the Australian Theatre for Young People when she was eight years old.

She was included in the Most Beautiful People of 2007 list in Who Magazine.

She was considered for the role of Ruth in Jane Campion’s Holy Smoke (1999) but, it finally went to Kate Winslet.

In 2014, Byrne became the face of Oroton, the Australian producer of luxury fashion accessories.

She ranked #7 in People Magazine’s Best Dressed Celebrities of 2015.

She was 6 months pregnant with her second son Rafa when she completed the filming of the 2017 comedy film, ‘I Love You, Daddy’.