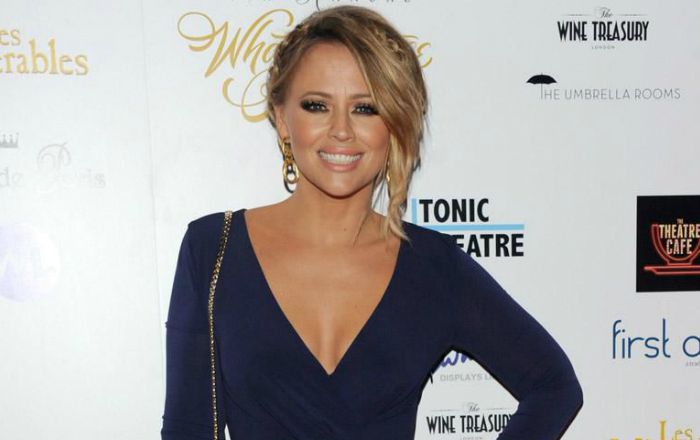 Kimberley Walsh is an English singer-songwriter, dancer, model, television presenter, and actress. She became known after winning the reality television show Popstars: The Rivals on ITV and eventually placed in the girl group Girls Aloud. The group is known for its track ‘The Promise’. She has hosted a lot of TV shows and Awards like Suck My Pop and BAFTA awards during the group’s hiatus. In 2012, she played Princess Fiona in the London production of Shrek the Musical, and the same year, she also participated in the reality show,  Strictly Come Dancing, where she finished as one of the runners-up.

Walsh married her long-term partner Justin Scott, an actor and a former member of the British boyband Triple 8, on 30 January 2016. Together, the couple has three sons, Nate Jackson Scott, Bobby Scott, and Cole Scott.

As a member of the now-defunct girl group, Girls Aloud, they released her studio album, Sound of the Underground, on May 26, 2003. The album was an instant hit, charting at #2 in the UK, #6 in Ireland, and #53 in the Netherlands. It was certified as “Platinum” in the UK and sold over 368,000 copies worldwide.

After embarking on a solo career, Kimberley released her debut album ‘Centre Stage’ on February 4, 2013. The album peaked at #18 in the UK, #99 in Ireland, and #23 in Scottish music charts.

In 2011, she was cast as Prissy Polly in the in the live-action 3D family comedy film Horrid Henry: The Movie as the titular character’s overactive cousin.

As a child, Walsh appeared in ITV’s children’s series The Book Tower in 1986.

Her credited appearance on television was with the reality television show Popstars The Rivals in 2002. She won the show and eventually earned a place in the girl group Girls Aloud.

In 2005, she landed a lead role in a fly on the wall style documentary film ‘Girls Aloud: Home Truths’ and reprised her role in the spin-off series, ‘Girls Aloud: Off the Record’ in 2006.

In 2012 Walsh made her West End theatre debut, playing Princess Fiona in the London production of Shrek the Musical.

Winning the reality television show Popstars The Rivals in 2002.

Walsh started her professional career at a very young age by appearing in TV commercials and theater productions.

Her career breakthrough came in 2002 after competing in the ITV1 reality talent show “Popstars: The Rivals”. Walsh made it to the top fifteen and eventually became a member of the girl group called “Girls Aloud.”

She was the fourth participant to join the group.

In 2009, she won Yorkshire Woman of the Year award for her contribution towards the community and Breast Cancer Haven charity.

In January 2011, she was revealed as the new face of Puma AG BodyTrain fitness toner wear.

In May of that year, she was named as the face of Right Guard’s Xtreme Dry Range.

In September 2012, she had appeared in BBC’s dance reality show Strictly Come Dancing and finished as one of the runner-ups.

Walsh released her own autobiography, called A Whole Lot of History on 26 September 2013.

In 2018 she was cast in series two of Ackley Bridge as the character, Claire Butterworth.