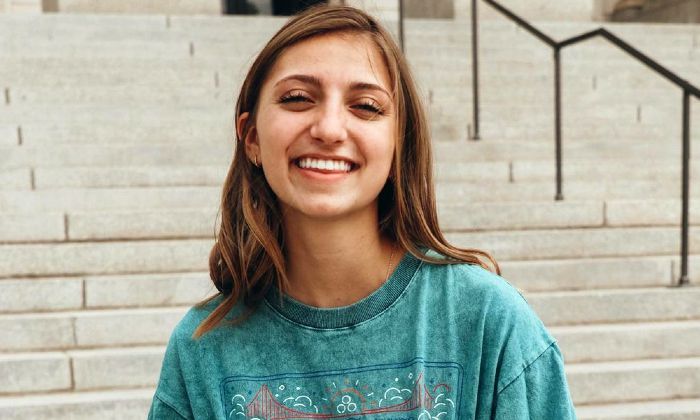 Kamri Noel McKnight is an American social media influencer, photographer, and YouTuber, probably best known for having garnered millions of followers across YouTube, Instagram and TikTok. She is the younger sister of twins Brooklyn and Bailey McKnight. The siblings reached prominence within the digital community as models when they aced different hairstyles as a part of their mother’s DIY YouTube series Cute Girls Hairstyles that displayed eye-catching hair designs. Just like her sisters, Kamri creates visually appealing and engaging videos covering various topics, including sketch comedy skits, lifestyle content, and photography challenges.

Kamri is the youngest of four siblings. Her mother, Mindy McKnight, is a YouTube personality, who actually introduced the McKnight siblings to YouTube. Her father is Shaun McKnight.

She was raised alongside her older twin sisters, Brooklyn McKnight and Bailey McKnight, who are also social media influencers that run a collaborative YouTune channel called Brooklyn and Bailey. In addition, Kamri has sisters, Rylan McKnight and Paisley McKnight (adopted), and a brother named Daxton (adopted).

She was educated at different schools including Willow Springs Middle School and Lovejoy High School in Texas.

Very little is known about Michelle’s personal life prior to fame. There are no details regarding her present or past relationships.

Kamri Noel McKnight shot to fame very early in life, thanks to her mother’s YouTube channel Cute Girls Hairstyles, a DIY makeup channel that showcases various hairstyles, especially for young girls. She and her sisters, Brooklyn and Bailey, featured on her videos as models that helped them to quickly gain exposure and fame.

As a result, her sisters started a channel in their own right, and when Kamri turned 13, she launched her own channel. She started off with lifestyle content and later expanded to cover various topics such as sketch comedy skits, and photography challenges. She also uploads videos about her life, offering a glimpse into her personal life like how she prepares for college, camera tips and tricks, and her everyday life.

She’s scared of scorpions and spiders.

She portrayed the character of Violet Reed in the TV series Crazy Fast.