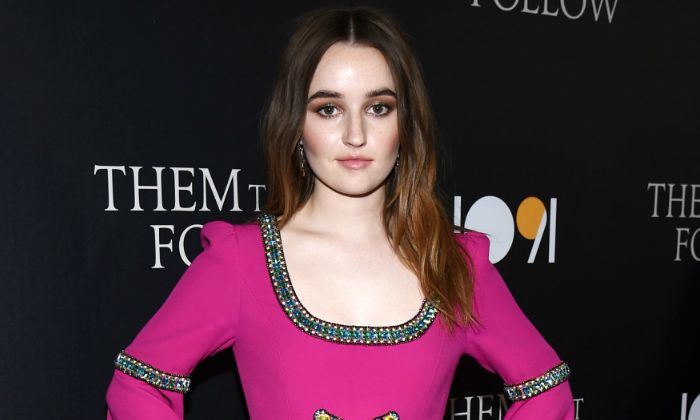 Kaitlyn Dever is an American actress perhaps best known for the versatility of roles she had portrayed since she made her on-screen debut in 2009. Be it the role of Gwen Thompson in An American Girl: Chrissa Stands Strong or the real-life character of Marie Adler in the latest Netflix miniseries Unbelievable, Dever has proved her mettle as an actress. Not long after bagging the role of Loretta McCready in the FX Network crime drama series Justified, she landed the lead role of Eve Baxter on Fox’s Last Man Standing, a role which she has been playing since 2011. Her other acting credits include Bad Teacher (2011), Short Term 12 (2013), The Spectacular Now (2013), Laggies (2014), Detroit (2017), The Front Runner (2018), and Beautiful Boy (2018).

Kaitlyn Dever was born on the 21st of December 1996, in Phoenix, Arizona, United States of America. She is currently 25 years old.

Kaitlyn Dever is the second of four children to parents Tim and Kathy Dever. She has an older brother named Corey Dever and two younger sisters named Jane and Mady Dever. Both of her parents were ice skating coaches in Phoenix before her family moved to Dallas after her dad took up the voice job as Barney the Purple Dinosaur in Barney & Friends.

She fell in love with performing arts at the age of five and enrolled in an acting school. At that age, she also studied gymnastics, ballet, and skating until the age of 9 when she decided that acting is her thing.

She joined a month-long acting program at the Dallas Young Actors Studio to hone her acting skills. For education, she was homeschooled since grade four.

It’s pretty complicated when it comes to the romantic life of the Unbelievable actress. She might be possibly single as she has never been linked up with any men or seen dating anyone publicly. Kaitlyn rarely opens about her private life this keeping that aspect of her life away from the spotlight. It appears that the budding actress is highly focused on her acting career.

That same year, she played a guest role as an “Adorable Girl” on an episode of the ABS comedy-drama series, ‘Make It or Break It’.

After being cast in a slew of minor roles, Kaitlyn Dever landed a recurring role as Loretta McCready in the FX series Justified in 2011. It was her first major breakthrough role in her career which helped her gain visibility in the industry.

Though it was a recurring role, Kaitlyn stunned the audience with her mindboggling performance which earned her a series regular in the ABC sitcom ‘Last Man Standing’, starring Tim Allen. In 2012, she was nominated at the 33rd Young Artist Awards for Best Performance in a Television Series – Supporting Young Actress for her role in Last Man Standing.

On the movies front, Kaitlyn Dever received critical acclaim for her roles in such movies as Bad Teacher (2011) and Short Term 12 (2013).

With her powerful appearances on both movies and television shows, Dever is on the rise who has an estimated net worth of $3 million, as of 2022.

She was discovered by an agent during a talent showcase. She has appeared in a number of commercials for brands like Trix Yogurt, Skate ‘N Tricks Puppy, Franklin Templeton Investments, McDonald’s, Subaru, Kellog’s, Hallmark and many others.

Kaitlyn loves to play guitar and sing when she is not busy with acting.

Her fashion icons are Audrey Hepburn and Kristen Stewart.

Variety Magazine included Kaitlyn in their list of “10 emerging young actors to watch for”.

She is good at playing pranks.

She starred alongside actor Leonardo Dicaprio in the biographical film entitled J. Edgar.

She alongside her sister formed a music group called Beulahbelle. They issued released their first single, “Raleigh” in February 2020.