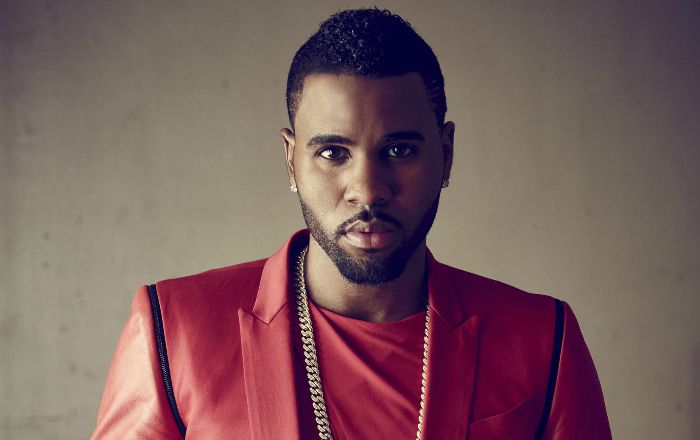 Jason Derulo is a renowned singer and dancer best known for his hits singles “Wiggle”, “Talk Dirty”, “In My Head”, and “Whatcha Say”. He released his debut studio album, Jason Derulo, in March 2010, followed by his second album, Future History, in September 2011. He has sold over 30 million copies during his career and was regarded as one of the bankable recording artists of the current time.

Jason Derulo was born on the 21st of September 1989, in Miami, Florida, United States of America. He’s currently 31 years old.

Jason Derulo is the son of Jocelyne and Joel Desrouleaux. He has two older siblings.

Derulo studied music at the American Musical and Dramatic Academy.

Jason has been in a relationship with model Jena Frumes since 2020. They welcomed their first child, a son Jason King Derulo on May 8, 2021.

Jason Derulo released his self-titled debut studio album on March 2, 2010. The album peaked at #11 in U.S., #4 in Australia, #9 in Canada, #5 in New Zealand, and likewise. It was certified as “Gold” in Australia, Canada, Ireland, and Britain. The album spawned hit super-hit singles ‘Whatcha Say’, ‘In My Head’, and ‘Ridin’ Solo’.

Derulo made his feature film debut in MTV’s 2010 film Turn the Beat Around as himself.

In 2012, Jason appeared as a dance master/choreographer in season 1 of Network Ten’s Everybody Dance Now.

He garnered international acclaim for his singles “Whatcha Say”, “Talk Dirty”, “The Other Side”, “Ridin’ Solo”, “In My Head”.

He has done endorsement work for Coco-Cola.

As of 2022, Jason Derulo’s total net worth is estimated to be 16 million US dollars.

He wrote his first song at the age of eight and eventually honed his songwriting skills as he grows up.

He wrote a song titled “Bossy” for Birdman as well as guests appeared on the music video of the song.

Early in his career, he used to write songs for other artists and has apparently worked with top-notch pop stars, including Diddy, Danity Kane, Donnie Klang, Sean Kingston, Cassie, and Lil Wayne.

Derulo won the grand prize on the 2006 season finale of the TV show Showtime at the Apollo and was later discovered by music producer J.R. Rotem, who signed him to his record label Beluga Heights Records and Warner Bros. Records. Thereafter, there is no turning back for this amazing talented pop star.

He was a basketball player and was a member of his high school team.

He won two Teen Choice Awards- one for the single ‘In My Head’ and the other for his debut album ‘Jason Derulo’.