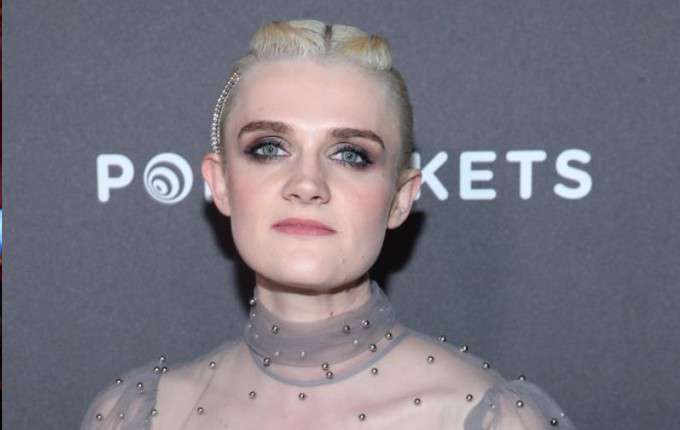 Gayle Rankin is a talented actress based in Scotland, probably best known as Sheila the She-Wolf in the sports comedy series “GLOW”. She landed her first breakout role in the movie Warfield in 2012 and went on to take on a variety of roles in both movies and TV shows. Some of Gayle’s most notable roles include Queen Victoria in The Greatest Showman and Emily Dodson in HBO’s Perry Mason. From 2017 to 2019, she appeared on Glow as Sheila the She-Wolf on Netflix.

Gayle has not revealed much of her family details yet. She has been a very secretive actress and has not spoken anything about her parents and siblings. She grew up along with her older sister in her hometown near Glasgow.

Gayle attended Mearns Castle High School and matriculated in 2007. She started her acting passion by performing drama in a school play at the invite of a drama teacher.

Gayle Rankin was proudly called as first Scottish Actress trained at the Julliard School(BFA) in New York City. In 2011 she obtained her Bachelor’s in Arts Degree.

Very little is known about Gayle’s personal life when compared to her professional life. There are no details regarding her present relationship status or her dating history.

Playing Sheila the She-Wolf in the Netflix acclaimed series Glow from 2017 to 2019. The series was renewed for a brand new season in 2018 but the production canceled it amidst the ongoing COVID-19 pandemic situation. It had an ensemble cast including Alison Brie, Betty Gilpin, Sydelle Noel, and Britney Young.

In 2020, she played Emily Dodson in the HBO miniseries Perry Mason.

While Gayle’s exact net worth is not known at the moment, it is known that she’s swimming in dough, thanks to starring in major productions. As of 2023, Gayle Rankin’s net worth is estimated to be roughly $1.5 million dollars.

She was the first Scottish actress ever to attend the prestigious Juilliard School in New York City.

Gayle got her start in theatre and later went on to earn some prominent roles in both movies and TV shows.

She co-starred alongside Hugh Jackman and Michelle Williams in The Greatest Showman.

Gayle acted opposite Elisabeth Moss and Agyness Deyn in the movie Her Smell.

In addition to films and TV shows, she has performed in several theatre productions. Her notable work includes Tribes, The Taming of the Shrew, and Hamlet.