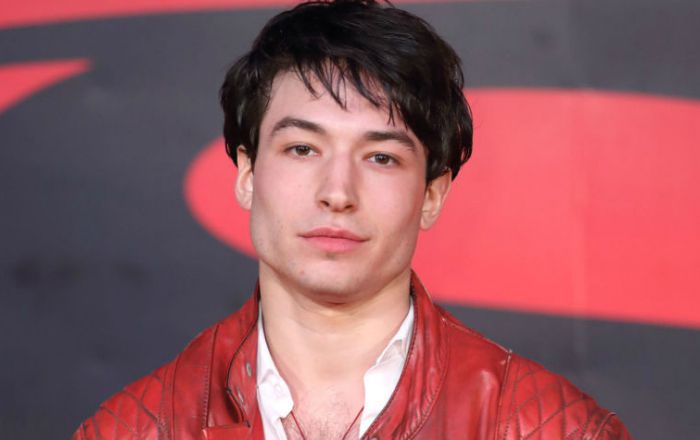 Ezra Miller is a famous American actor and singer who played Patrick in The Perks of Being a Wallflower. He was also cast to star as The Flash in Justice League and as Credence in Fantastic Beasts and Where to Find Them. He is also best noted for his work in films like City Island, Trainwreck, The Stanford Prison Experiment, and Madame Bovary.

Ezra Miller is the younger son of Marta Miller (née Koch), a modern dancer, and Robert S. Miller, senior vice president, and managing director of Hyperion Book. He later became a publisher at Workman Publishing. He has two older sisters, Saiya and Caitlin.

His father is Jewish while his mother has German and Dutch roots.

He studied at Rockland Country Day School and The Hudson School in New York before dropping out at the age of 16 to pursue acting.

Ezra has been in a relationship with model Erin Urb since 2013. She is six years older than him and they got engaged in May 2014.

Ezra Miller made his onscreen debut as Robert in Antonio Campos’s Afterschool in 2008. He played a teenager at a boarding school who accidentally filmed the drug-related deaths of two classmates, and is then asked to put together a memorial video.

In 2008, Miller landed on the role of Damien in 5 episodes of the comedy-drama TV series Californication.

Received fame and recognition for his role as Patrick in the 2012 American coming-of-age drama film, The Perks of Being a Wallflower.

As of 2022, Ezra Miller’s net worth is estimated to be $3 million dollars.

At six, he began to train as an opera singer, to help him overcome a speech impediment.

Miller has described himself as queer.

He starred as Patrick in the highly successful teen drama The Perks of Being a Wallflower, opposite Logan Lerman and Emma Watson.

Ezra was conferred with the “Trophee Chopard Award for Best Young Actor” at the 65th Cannes Film Festival held in France.

Ezra Miller was considered one of the 55 faces of the future by Nylon magazine’s Young Hollywood Issue.

In June 2011, Miller was arrested by police and charged with drug possession, but the charge was later dropped by a judge. Instead of these charges, Miller faced a penalty of $600 for two citations of disorderly conduct.