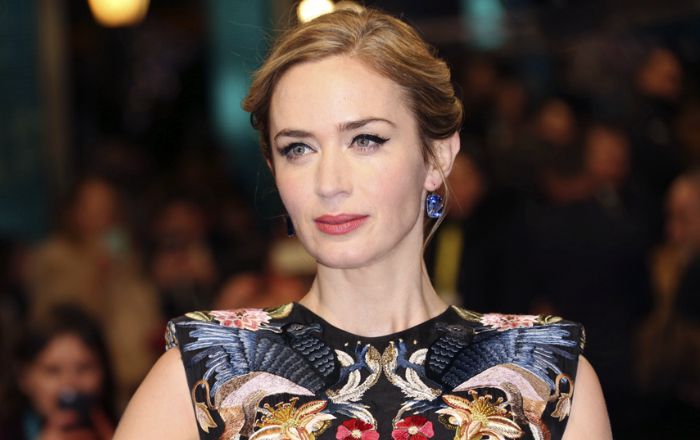 Emily Blunt is an English actress and singer who is famous for her roles in box-office hit movies such as Looper, Edge of Tomorrow, The Adjustment Bureau, Into the Woods, The Huntsman: Winter’s War, and The Girl on the Train. She received a Golden Globe Award for Best Supporting Actress for her performance in the TV film Gideon’s Daughter. She earned several Golden Globe nominations for her roles in films including The Young Victoria, The Devil Wears Prada, and Salmon Fishing in Yemen.

Emily Blunt was born on the 23rd of February 1983, in Roehampton, London, England. She is currently 39 years old.

Emily Blunt is the second of four children to Joanna, a former actress, and teacher, and barrister Oliver Simon Peter Blunt. She has three siblings, Felicity, Sebastian, and Susannah Blunt.

Emily attended Ibstock Place School, Roehampton, southwest London. At the age of 16, she went to Hurtwood House in Dorking, Surrey, a private sixth-form college known for its performing arts program.

Prior to marrying Krasinski, Blunt was in a relationship with Canadian singer Michael Bublé from 2005 to 2008.

Emily Blunt made her first theatrical film appearance starring as Tamsin in the 2001 film “My Summer of Love.”

Her first starring role in any TV show came in 2003 when she portrayed the character Isolada in a British television film, “Boudica.”

She then went on to appear in a string of TV series and shows like Empire, Saturday Night Live, Angelina Ballerina: The Next Steps, and The Simpsons.

She earned worldwide fame and recognition for her roles as Emily Charlton in The Devil Wears Prada (2006), as Queen Victoria in The Young Victoria (2009), as Harriet Chetwode-Talbot in Salmon Fishing in Yemen (2011), and as Rachel Watson in The Girl on the Train (2016).

As of 2022, Emily Blunt has a total net worth of $80 million. The budding actress has managed to make this impressive wealth by starring in high-profile movies and endorsing elite brands. She’s one of the highest-paid actresses in the industry.

Emily and her husband own a variety of exotic cars like Audi Q5, Mercedes ML 450, and Mercedes ML 350.

Hailing from a high-profile family in England, Emily Blunt has had always desired to become an actress.

She started her career as a stage actress debuting in Sir Peter Hall’s production of the play The Royal Family in 2001. She went on to perform as Eugenie in Nicholas Wright’s Vincent in Brixton at the National Theatre, and as Juliet in Indhu Rubasingham’s production of Romeo and Juliet at Chichester Festival Theatre, both in 2002.

Emily won the Evening Standard British Film Award for Most Promising Newcomer for her acting in her debut film ‘My Summer of Love’.

In 2015, she won the Critics’ Choice Movie Award in the category ‘Best Actress in an Action Movie’ for the movie ‘Edge of Tomorrow’

She acquired US citizenship in August 2015.

Emily has voiced for many characters in films like ‘The Wind Rises’, ‘Animal Crackers’, ‘My Little Pony: The Movie’, and ‘Gnomeo & Juliet: Sherlock Gnomes.