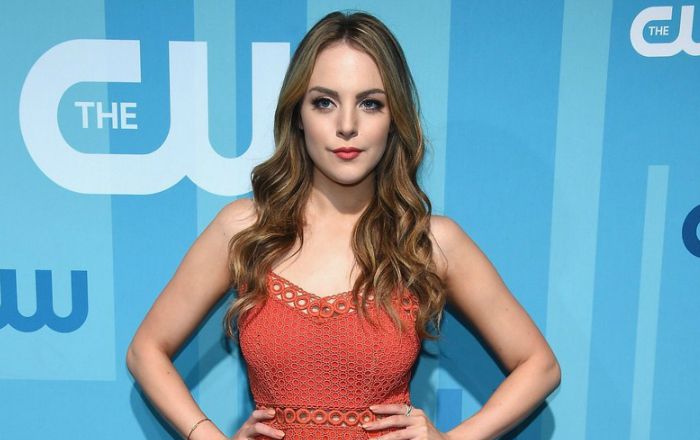 Elizabeth Gillies is an American actress and singer who shot to fame after playing Jade West, a sarcastic and Gothic “mean girl”, on the Nickelodeon television sitcom ‘Victorious’ from 2010 until 2013. She made her Broadway debut at the age of 15 playing the role of Lucy in the musical 13, alongside singer and actress Ariana Grande.

She had a voice role in the animated TV series ‘Winx Club’ and landed the main role of Gigi in the FX comedy TV series ‘Sex & Drugs & Rock & Roll’. She has been a part of the television show ‘Dynasty’ since 2017. Her film credits include ‘Animal’, ‘Vacation’ and ‘Arizona’.

Elizabeth Gillies was born on the 26th of July 1993, in Haworth, New Jersey, United States of America. She is currently 28 years old.

She is the daughter of Greg and Pam and she has a younger brother named George.

Gillies attended Northern Valley Regional High School in Old Tappan for her primary education but she dropped out as she was not able to balance both acting and attending regular school. Gillies, however, got enrolled in online education for the rest of her education.

Unlike her acting career, Gillies is not been successful in a relationship, at least recently.  She is currently not dating anyone, however, in the past, she shared a romantic relationship with actor Logan Miller in 2011.

She made her television debut in the NBC TV series ‘The Black Donnellys’ in 2007, playing the character of Young Jenny in three episodes of the series.

Gillies released her debut soundtrack album “Sex & Drugs & Rock & Roll (Songs from the FX Original Comedy Series)” on September 10, 2015. She released her first track as the main artist “You Don’t Know Me” in 2012.

Elizabeth Gillies got her first major breakthrough when she was cast as Jade West, bad girl and “mean girl”, in the Nickelodeon television series ‘Victorious’. it centered around teenagers at a performing arts high school in Hollywood. She starred alongside Ariana Grande, Victoria Justice, and Matt Bennett. In addition to being a cast in the series, she also exhibited her singing prowess, featuring on the soundtracks Victorious, Victorious 2.0, and Victorious 2.0, including “Give It Up”, “Take a Hint”, and “You Don’t Know Me”.

In 2015, Gillies starred as Gigi, an aspiring singer, and daughter of a former rock star named Johnny Rock, in the comedy series ‘Sex & Drugs & Rock & Roll’. The show was canceled after it ran for two seasons on FX.

She began starring as Fallon Carrington in The CW television series Dynasty, a reboot of the 1980s series of the same name, from 2017.

Elizabeth has appeared in the commercial for Virgin Mobile and went on to appear in a number of commercials.

Elizabeth Gillies has a net worth of $4 million. Her impressive net worth is quite evident to prove that she has been successful in the career that she took. According to the media, she earns $500,000 upwards annually as salaries from acting and other activities. Seeing her career graph over the course of the years, there is no doubt she will be raking in more millions in the years to come.

The stunning actress is quite a familiar face on social media, where she earned over 6.3 million followers on Instagram. She is equally popular on Twitter and Facebook as well, on which she has over 3 million and 6 million followers, respectively.

She took acting seriously at a young age. She attended local casting calls at the age of 12 and appeared in commercials before landing roles in television.

She made her Broadway debut at the age of 15 and appeared in the musical adaptation of Jawbreaker as Courtney in 2013.

She is a vegan not because she dislikes non-vegetarian food but she is allergic to most foods.

She also has a gluten allergy.

She knows how to play the piano/keyboard.

Gillies is scared of wasps and fireworks.