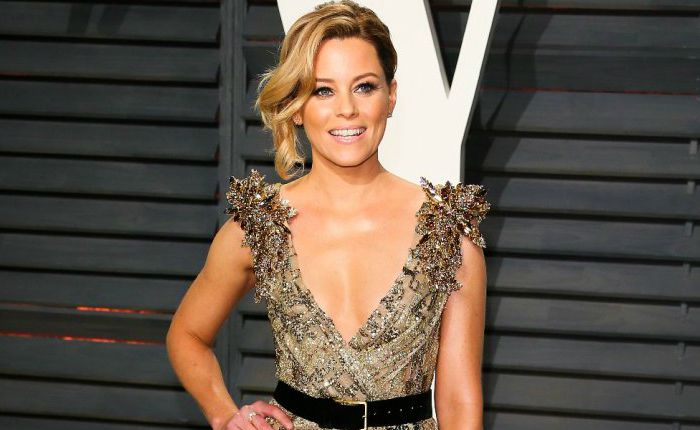 Elizabeth Banks is an American actress and filmmaker who became known for significant roles in The Hunger Games film series and Pitch Perfect franchise. She started her career on television and went on to gain immense popularity through her sheer performance in films including the Spider-Man trilogy, Seabiscuit, The 40-Year-Old Virgin, The Lego Movie, and Power Rangers.

On television, she is known for her portrayal of Avery Jessup on the NBC sitcom 30 Rock, which earned her two Emmy Award nominations. Banks is one of the most bankable actors of all time who has shown off her acting prowess in different genres like drama, comedy, horror, and science fiction. As of 2023, Elizabeth Banks’s net worth comfortably sits at $50 million dollars.

Elizabeth Banks was born on the 10th of February 1974, in Pittsfield, Massachusetts, United States of America. She is currently 48 years old.

Banks is the oldest of the four children of Mark Mitchell and Ann Mitchell. Her father Mark worked in General Electric while her mother was a bank employee. She has English, Irish, Scottish, and distant Dutch ancestry.

Elizabeth Banks married Max Handelman, a sportswriter, and producer, on July 5, 2003. She met her husband in 1992 on her first day of college, and shortly after, they entered into a relationship. She welcomed her first child with her husband, a son, Felix Handelman, who was born through a surrogate in March 2011. Their second son, Magnus Mitchell, was also born via surrogate in November 2012.

Elizabeth Banks made her film debut in a supporting role with the independent film “Surrender Dorothy” in 1998. She was credited as Elizabeth Casey in the film.

Her first acting credit was a voice role when she gave voice to the Character Ben’s Mom in the TV series Keep Going Safety in 1998.

The following year Banks appeared in a guest-starring role as a waitress in an episode of the American TV soap opera “All My Children.”

Elizabeth Banks established a name for herself in the creative industry through her stunning performance as Marcela Howard in the 2003 equestrian sports film “Seabiscuit”. It emerged as one of the highly successful films of the year, which earned 8 nominations in the 76th Academy Awards. Banks also won a Screen Actors Guild Award for Outstanding Performance.

Banks’ performance as Melinda Ledbetter Wilson, the wife of Brian Wilson, in the critically acclaimed biopic Love & Mercy (2015), was well received by her fans and critics that brought her rave reviews. The film is based on the life of the legendary musician and founding member of The Beach Boys’ Brian Wilson. She won Virtuoso Award at the Santa Barbara International Film Festival and Las Vegas Film Critics Society Award for Best Supporting Actress.

Her other notable films include Invincible, Slither, The Uninvited, 30 Rock, Movie 43, The Lego Movie, Modern Family, and Lego Dimensions.

Over the course of her acting career, Banks has appeared in many TV commercials for L’Oreal Paris, Realtor.com, Old Navy, among others.

The film was made with $30 million and went on to make $300 million worldwide. She also has produced around half a dozen movies and considering all other factors, her net worth is sure to rise in the years to come. She lives with her family in Los Angeles, California.

Banks was active in sports playing baseball and riding horses throughout her childhood years.

After launching her career as an actress, she changed her name to Elizabeth Banks to avoid confusion with actress Elizabeth Mitchell.

Banks was supposed to play the role of Susan Storm/Invisible Girl in Fantastic Four (2005), but actress Fernanda Romero was instead.

She is a huge fan of David Letterman.

She co-founded a production company named Brownstone with her husband Max Handelman. They have produced films such as Pitch Perfect, Charlie’s Angels, and Queen for a Day.

Banks ranked #39 on FHM UK’s list of “100 Sexiest Women in the World,” and she was ranked #8 in the same list the following year.