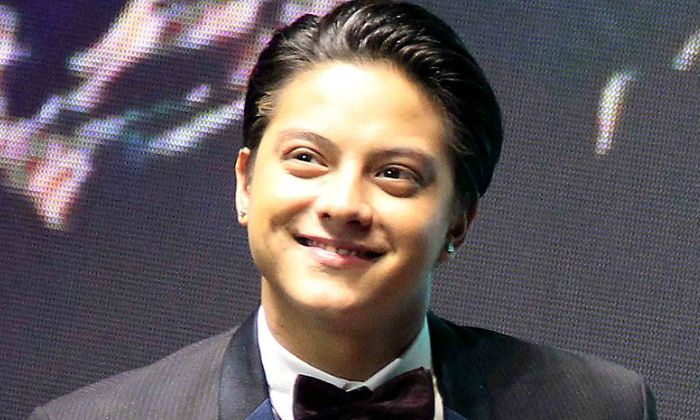 Daniel Padilla is a Filipino actor and singer probably best known for playing lead roles in movies such as She’s Dating the Gangster (2014), Crazy Beautiful You (2015), Barcelona: A Love Untold (2016) and Can’t Help Falling in Love (2017). He gained mass fame in his home country after playing the role of Dasho Yuan Rinpoche in the Filipino teen drama series Princess and I from 2012 to 2013. Also a singer, Daniel has released several albums, including three double-platinum albums, Daniel Padilla (2012), DJP (2013), I Heart You (2014).

He is one of the most decorated stars in the Philippines entertainment industry, which has earned him monikers like “Teen King” and “King of Hearts”. Throughout his career, Daniel Padilla has won several awards including the FAMAS Award for Best Actor, PMPC Star Award for Movie Actor of the Year, Luna Awards for Best Actor, GMMSF Box-Office Entertainment Awards for Box Office King, and Awit Awards.

Daniel Padilla was born on the 26th of April 1995, in Manila, Philippines. He is currently 26 years old.

He is the nephew of actors Robin Padilla and Rustom Padilla and was raised by his mother in Manila, Philippines. He began his acting career at a very young age and therefore, he completed his school studies through homeschooling.

Daniel Padilla has been dating fellow actress and her co-star Kathryn Bernardo since July 2013. They have worked together in several movies like Crazy Beautiful You, Barcelona: A Love Untold, Can’t Help Falling in Love, Gandarrapiddo: The Revenger Squad, The Hows of Us. They have made several red carpet appearances as well as you can see them hanging out together.

Padilla began his acting career when he was just 15 years old in 2010, playing the role of Daniel Ledesma on the ABS-CBN series, Gimik 2010.

In addition to being an actor, Daniel Padilla is also a passionate singer. He is well recognized as a singer than an actor because of the success he had attained in the music industry.

He released his first self-titled mixtape on May 28, 2012. It topped the Odyssey Music & Video’s nationwide sales reports and was certified double platinum on March 14, 2013.

On June 7, 2015, he released his third album, I Feel Good, via the Star Music label. It sold more than 6500 copies and eventually went Gold.

Unarguably, Daniel Padilla’s life is already a success story, who’s worth $10 million, as of 2022. All of his hard-earned money comes from film and television appearances, album sales, and endorsements.

This handsome Filipino star has a huge fan base on different social media platforms. He is hugely popular on Twitter, where he’s got over 8.4 million followers. He has amassed over 2.5 million followers to his Instagram account. On Facebook, Daniel has cultivated over 30,000 followers, while his YouTube channel has over 226,000 subscribers.

He hails from one of the most popular Padilla showbiz clan.

His parents divorced when she was a kid and was raised by his mother all by herself.

As a child, he used to accompany his mother to the shooting spots and he became interested in acting.

Daniel was awarded the Mavshack Male Star of the Night at the Metro Manila Film Festival in 2013.

In 2013, Padilla was listed in the top 12 biggest Filipino celebrity endorsers.

Besides all this, He has endorsed several brands and products, including Pepsi, Nescafe, Honda, and Oishi. He was made the first celebrity face of KFC in the Philippines.

Daniel was a member of a band called Parking 5 that included his three friends and brother JC. They disbanded the band in 2014.

In 2015, He received the Favorite Asian Act award and was named as Global Slime Star at the Kids’ Choice Award.

He is dubbed as Teen King and King of Hearts of the Philippines entertainment industry.