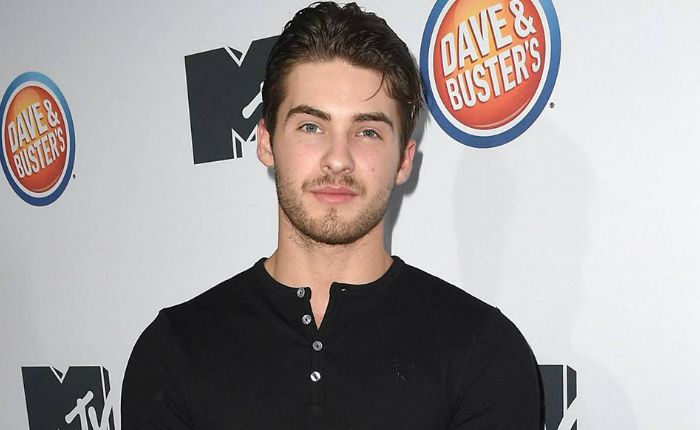 Cody Christian is an American actor who gained fame for his recurring role as Mike Montgomery in the series ‘Pretty Little Liars. He had a recurring role as Theo Raeken in the MTV series ‘Teen Wolf’ and went on to pay in TV shows including ‘Back to You’, ‘True Blood’ and ‘Grey’s Anatomy’. His film credits include ‘The Starving Games’, ‘Submerged’, and ‘Assassination Nation’.

Cody Christian was born on the 15th of April 1995, in Portland, Maine, United States of America. He is currently 26 years old.

Talking about his family, his father, Scott Bohall was an army veteran, and his mother, Ashley Bohall is a cancer survivor. She once battled with breast cancer and for that, Cody has campaigned to raise money for breast cancer research. He has one older brother Joshua Christian.

Cody Christian was in a relationship with actress Talia Maxine before he was romantically linked with actress Bella Thorne in 2017.

Cody Christian made his acting debut as Boy Canter in the sci-fi mystery film ‘Surrogates’ in 2009.

Cody made his small screen debut in the comedy-drama TV series, ‘State of Mind’ in 2007.

Cody got his breakthrough in his acting career after he was cast as Mike Montgomery in the TV series Pretty Little Liars. He appeared in a total of 29 episodes which aired on Freeform cable and satellite TV channel from 2010 to 2015. The TV series was a huge success that saw him appeared in 29 episodes. His performance in the series left a good impression on fans and thereafter, he received a lot of acting offers.

He played Theo Raeken in the MTV mystery drama TV series, ‘Teen Wolf’.  He met with positive reviews for his work in the series. Over time, Cody has appeared in a number of hit TV shows and films like Grey’s Anatomy, ‘Austin & Ally’ ‘Lab Rats’, ‘All American’, ‘Body of Proof’, ‘Kill the Irishman’, ‘Submerged’, ‘Assassination Nation’, and ‘The Starving Game.’

As of 2022, Cody Christian has an estimated net worth of $2.5 million. He lives in Beverly Hills, California.

He grew up in a Native American reservation in Maine.

Cody began acting at the young age of 10. While in his teens, he wanted to make a career in bodybuilding and sports but down the line, he developed an interest in the creative industry. He moved to Los Angeles in pursuit of his acting career.

Cody love cats. He has furry one named Athena with which The cat often appears on his Instagram page.

Apart from acting, he has a penchant for rapping. The talented actor has collaborated with Kenny Kynoch, for the cover of “Fragile” by Tech Ngne.

In 2017, he was nominated for Teen Choice Awards for his role in the TV series Teen Wolf.

In 2018, Cody began playing Asher Adams in The CW drama series, All American.