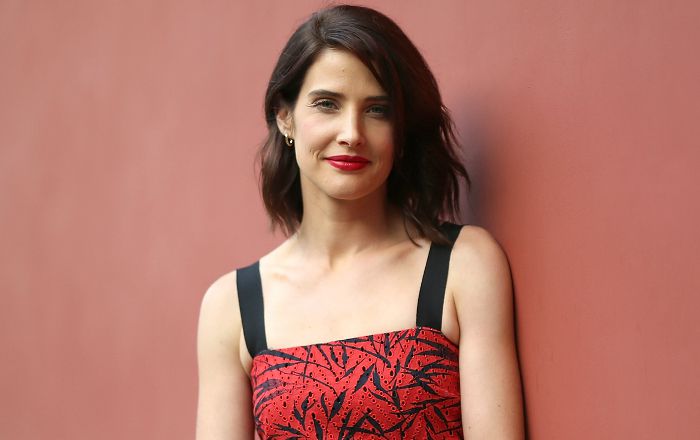 Cobie Smulders is a well-known Canadian actress and model best known for her portrayal of Robin Scherbatsky in the TV comedy drama ‘How I Met Your Mother’. She plays Maria Hill in the Marvel Cinematic Universe’s Avengers franchise. She played Lisa Turner in the Netflix series Friends from College.

Cobie Smulders was born on the 3rd of April 1982, in Vancouver, British Columbia, Canada. She is currently 39 years old.

Cobie Smulders was born to a Dutch father and a British mother. She was named after her great-aunt, from whom she gained the nickname “Cobie”. She has four sisters, Amy, Julie, Melissa, and Fiona, and three brothers, Mark, Adam and Scott.

Smulders married actor and comedian Taran Killam on September 8, 2012, in Solvang, California. They have two daughters, Shaelyn Cado Killam (b. May 16, 2009), and Janita Mae Killam, who was born in January 2015.

Cobie Smulders made her acting debut in 2004 in the film “Walking Tall” as Eye Candy. Since, then she has starred in a number of films.

Cobie was cast in a comedy TV series Special Unit 2 in 2002. She played Zoe in an episode titled “The wish” of its second season.

Acquired worldwide fame for her starring role as Maria Hill in MCU films like The Avengers, Captain America: The Winter Soldier, Avengers: Age of Ultron and Avengers: Infinity War.

Her portrayal of Robin Scherbatsky in CBS sitcom “How I Met Your Mother” from 2005 to 2014. She appeared in a total of 208 episodes and received several awards.

Cobie Smulders has a net worth of $18 million dollars.

She was named “Most Respected” by her classmates during her senior year in high school.

She is a certified scuba driver.

She was included in the list of  the “most desirable” famous women for 2013 in Askmen’s list of the Top 99 Most Desirable Women.

In 2007, Smulders was diagnosed with ovarian cancer. She underwent multiple surgeries over the course of two years, and today, she is fit and healthy.

In 2017, she played Joanna Lyppiatt in the theatre production of Present Laughter, for which she was honored with Theatre World Award.