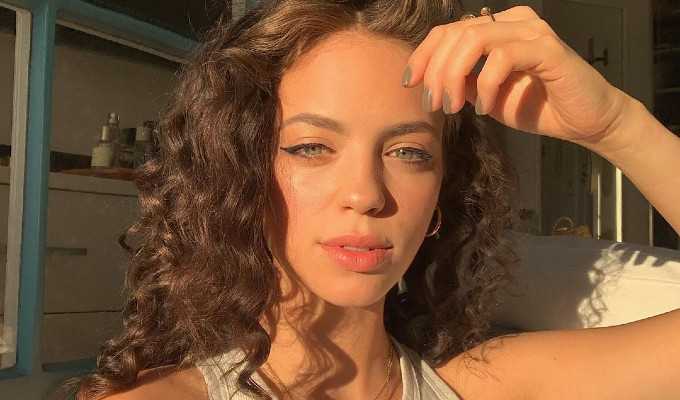 Claudia Sulewski is an American YouTube star and actress from Chicago, Illinois. At age 25, she’s already a popular beauty influencer who has a most popular lifestyle channel that boasts over 2.5 million subscribers. She has attained a huge fan base across social media, with more than 2 million followers on Instagram alone.

Sulewski has parlayed her online fame into a showbiz career, appearing in TV shows like The Commute, Versus, T@gged, and Runaways. She worked as a host for Teen Vogue’s YouTube channel. Besides all her professional endeavors, she is most widely recognized as the girlfriend of singer and musician Finneas O’Connell. Here’s everything you need to know about the YouTube star.

She is of American and Polish descent.

She hails from a very modest family. Her parents are Beata Krupinska Sulewski and Czeslaw Sulewski. She grew up along with her two brothers, Kevin and Marcin.

Claudia is a high school graduate. She didn’t go to college after school because she was already earning decent money from YouTube and decided to pursue it full time.

Unlike other internet stars who keep their personal life under wraps, Claudia is an open book when it comes to her dating and love life. She dated fellow YouTube star Jonah Green in 2015.

After being in a short-lived relationship with Steffan Argus, Claudia started seeing Finneas O’Connell, the brother of pop star Billie Eilish in 2018. They made their relationship public in September of that year. You can see them featuring in each other’s social media. Finneas is two years younger than her.

Being a YouTube star with her channel garnering more than 2.5 million subscribers.

In addition to being a successful YouTube personality, Claudia is also an up-and-coming actress. She spent the past decade in the spotlight, entertaining millions of people all over the world. She has already enjoyed an extraordinary amount of success at a young age.

Much of her earnings come from YouTube, and in addition, she draws huge paychecks from various professional endeavors. As of 2022, Claudia is reported to be worth $1.5 million.

Originally from Poland, her family relocated to the United States before she was born. She is fluent in both Polish and English.

After gaining a sizable following on YouTube and Instagram, the star moved on to explore other things. In 2015, she landed a job as a host for Teen Vogue’s official YouTube channel.

In 2015, she appeared in a short film, A Christmas Carol + Zombies.

She made her small screen debut as Katie in an episode of the TV series Embeds in 2017.

She then landed roles in The Commute (her first major television role), Versus, T@gged and Runways.

Claudia and her boyfriend Finneas have their own podcast together called We Bought a House, where they talk about their lives and other things.