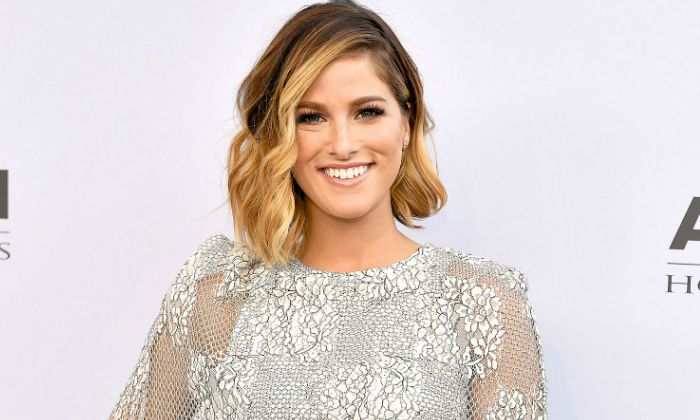 Cassadee Pope is an American country music singer and songwriter who gained immense popularity and fame after winning the third season of The Voice in 2012. She became the first female contestant to win the show. Her debut album, Frame by Frame, peaked at #9 on the Billboard 200 and topped the Top Country Albums. Her songs are influenced by both pop and country. She released her second debut studio album, Stages, in February 2019. As of 2022, Cassadee Pope has amassed a net worth of $4 million dollars.

Cassadee Pope was born on the 28th of August 1989, in West Palm Beach, Florida, United States of America. She is currently 32 years old.

Cassadee Pope is the daughter of Lenny Pope and Lori Pope. She has a sister named Ashley Pope.

Cassadee Pope has been dating English musician and actor, Sam Palladio since 2017. They have been in the news for all the good reasons ever since they fell in love with each other. Pope holding his boyfriend’s hands said that it couldn’t be possible to release her second album, Stages, independently without his full support. In March 2019, they’re planning to adopt a pet together, presumably a tortoise.

Pope’s past relationships include Rian Dawson, drummer of All Time Low. They dated for over eight years before they called it quits in July 2017. They even got engaged in February 2017.

Cassadee Pope formed the pop-punk band called “Hey Monday” along with guitarist Mike Gentile in 2008. That same year, they released their debut album, “Hold on Tight”, followed by several EPs before the band went on an indefinite hiatus in late 2011.

In 2012, Pop auditioned for the third season of NBC’s reality talent show, The Voice as a contestant. She eventually won the show and released a compilation album titled entitled The Voice: The Complete Season 3 Collection, which included all her performances on The Voice. It reached No. 1 on the Heatseekers and sold 11,000 copies in the first week of its release.

Cassadee Pope is best known as the lead vocalist of the pop rock band Hey Monday and the winner of The Voice season 3 in 2012.

As of 2022, Cassadee Pope has a net worth of $4 million. The majority of her earnings come from her successful career as an actress and singer.

Pope has been singing since she was in middle school. There, she was part of her school’s band.

Cassadee also formed a band called Blake when she was in high school.

Her professional music career took off in 2008 when she and guitarist Mike Gentile formed the punk-pop band “Hey Monday”.

That same year, she was featured in Fall Out Boy’s video for “America’s Suitehearts”, from their 2008 album Folie à Deux.

Pope embarked on a solo career in 2012 after she signed a record deal with the country music label Republic Nashville. She released her debut album through them.

Growing up, she took violin lessons for four years.

In 2018, she returned to The Voice, working as an advisor to coach Kelly Clarkson’s team.

In 2018, she was awarded the Taste of Country Fan Choice Awards in the Top Indie Artist of 2018 category.