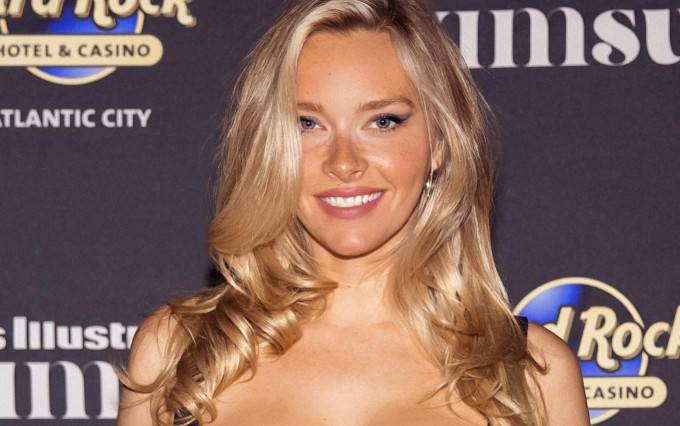 Camille Kostek is an American model, television host, actress, and former NFL cheerleader who is most famously known for her work with the Sports Illustrated Swimsuit. She won the Swim Search along with Haley Kalil in 2018 and eventually landed the cover of the coveted Sports Illustrated Swimsuit Issue alongside Tyra Banks and Alex Morgan in 2019. Kostek debuted as a host with NHL Pause: Post to Post in 2020 and became an on-field host of the game show Wipeout on TBS in 2021. She’s also known for hosting NBC’s Dancing With Myself. Besides all, she has starred in films as well, including I Feel Pretty and Free Guy. She has worked with many brands like Reebok, L’Oréal, and Victoria’s Secret among many others.

She is of Polish, Irish and Jamaican descent.

Camille Kostek was born the eldest of four children to Alan Kostek, a general contractor, and Christina (née Decosta), a gym manager. Her parents were from different ethnic backgrounds like Polish, Irish, and Jamaican. She has three siblings – Julia, Thomas and Alina.

For her education, she went to Haddam-Killingworth High School. Apart from studies, she was actively involved in various activities and was a cheerleader, lacrosse varsity captain, and host of her high school’s broadcasting program. After graduating from school, she enrolled at Eastern Connecticut State University, where she majored in Communications with a minor in Business. While in college, she was a part of the lacrosse team, hosted the network show TV22, and was a member of the dance squad.

She joined ballet when she was three years old, and continued her training at Broadway Dance Center in New York City. She has participated in many competitions in addition to competing at the national level.

Kostek has been dating her beau and American football player Rob Gronkowski for several years now. They both first met in 2013 at a Thanksgiving Charity event when she was a cheerleader for the New England Patriots, and Rob played for the same team. They began dating soon after and made their romance public in 2015. They split their time between Foxborough, Massachusetts, and Tampa, Florida.

Thanks to the efforts that she put in at an early age, Camille Kostek has amassed a net worth of roughly $3.5 million. She has achieved a lot of success by chasing her dreams throughout her career as a model and actress. Her various career choices have shown how diverse her skills are and how much passion she has for them. Camille is likely to keep having a thriving career as she continues to share her talents with the world.

She started her career as a professional cheerleader with the Hartford Colonials of the United Football League when she was 19 years old.

Camille is a certified barre instructor.

She launched her modeling career around the same time and landed the cover of The New England Patriots’ annual Swimsuit Calendar in 2014.

She has modeled for various brands in their ad campaigns, including the likes of Nissan, New Balance, Rebag, Ciao Bella, L’Oréal, Victoria’s Secret, and Clarins.

She got featured in editorials of renowned magazines like Elle, in addition to appearing on the covers of magazines like Ocean Drive, BELLA, Haute Living, and The Improper Bostonian, among others.

Kostek made her film debut with a cameo appearance in the comedy film, I Feel Pretty (2018) starring Amy Schumer. She followed it up with a supporting role in the science fiction film Free Guy (2021) with Ryan Reynolds.

In 2018, She partnered with Dune Jewelry for her own jewelry collection.

Since 2018, Camille has been one of the faces of Sports Illustrated Swimsuit and walks the runway showcasing the brand’s new collections at fashion shows across the world.

In May 2021, Camille launched her own swimsuit and loungewear collection in collaboration with Swimsuits For All.

In 2022, she appeared in the music video for the song “Dancing Feet” by Kygo featuring DNCE.