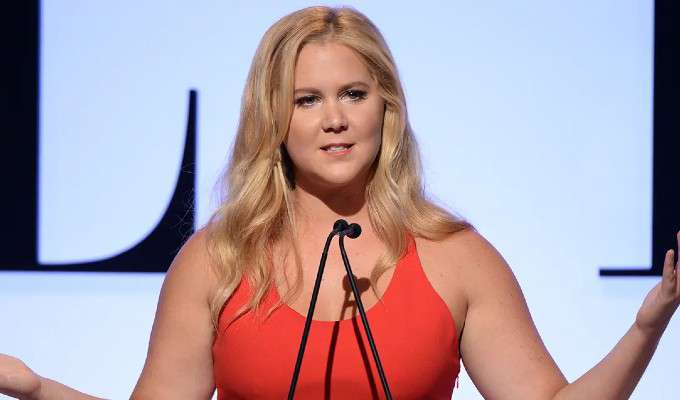 Amy Schumer is a well-known stand-up comedian and actress who made her mark as a contestant on NBC’s reality competition series Last Comic Standing in 2007. She is best known for her sketch comedy series Inside Amy Schumer, which earned her a Peabody Award and was nominated for five Primetime Emmy Awards, winning Outstanding Variety Sketch Series in 2015.

I think of myself as a fairly attractive girl and always have, thanks to my mom. I was brought into this world thinking I was gorgeous because my mother was extremely devoted to this notion.

Amy Schumer was born on the 1st of June 1981, in Manhattan, New York City, New York, United States of America. She is currently 40 years old.

Amy Schumer is the daughter of Sandra Jane (née Jones) and Gordon David Schumer, who owned a baby-furniture company. She has two siblings, younger sister, Kimberly Schumer, who is a comedy writer and producer, and a half-brother, Jason Stein, who is a musician, based in Chicago.

Schumer attended South Side High School in Rockville Centre, New York, where she was voted both “Class Clown” and “Teacher’s Worst Nightmare” upon graduation in 1999. She then attended the Hebrew school of the Central Synagogue of Nassau County, a Reform synagogue in Rockville Centre.

She later enrolled at the Towson University where she studied theater, graduating in 2003. Later, she studied at the William Esper Studio in New York for two years.

Schumer is married to chef and farmer Chris Fischer since February 13, 2018. They had a lavish wedding ceremony in Malibu, California. In October 2018, the couple announced that they were expecting their first child. They welcomed their son, Gene, on May 5, 2019.

Prior to her marriage with Fischer, Schumer had dated many stars like professional wrestler Nick Nemeth, comedian Anthony Jeselnik, and Chicago furniture designer Ben Hanisch.

Amy Schumer made her acting debut as Amy in the comedy movie “Sleepwalk” with Me in 2012. However, it was an uncredited role.

That same year, she landed in a comedy film, ‘Price Check”, which is about the increasing price of middle-class life, in which she played the role of Lila.

In 2007, she appeared as herself in a stand-up comedy TV show, Live at Gotham. She has since performed in a number of TV shows, including “Curb Your Enthusiasm”, “Delocated”, 30 Rock”, “Late Night with Jimmy Fallon”, “The Ellen Degeneres Show”, “Inside Amy Schumer”.

Known for her stint on the sketch comedy series Inside Amy Schumer which she launched in 2013.

A big part of becoming a funny person was a major defense mechanism. Onstage, especially as a woman, I’ve had to be really tough. The second you show a crack, the audience can literally leave.

Amy was raised Jewish. Her father is a first cousin of U.S. Senator Chuck Schumer.

Schumer had an affluent upbringing as her father an a successful furniture company. But, soon after her father’s business crumbled, her family went bankrupt when she was nine years old. Her parents divorced and she was raised by her mother.

After college, she moved to New York City where she worked as a bartender and a waitress during her years at the William Esper Studio.

Her first acting job was a role of a young lady diagnosed with breast cancer in the stage production of Keeping Abreast, an Off-Broadway black comedy.

She began her professional career when she landed a stand-up comedy at the New York-based comedy club Gotham Comedy Club.

Her comedy special Amy Schumer: Live at the Apollo, which premiered on HBO in October 2015 was nominated for three Primetime Emmy Awards for Outstanding Variety Special, Writing, and Directing as well as nominated for the Grammy Award for Best Comedy Album.

In 2015 she won a Primetime Emmy Award for Outstanding Variety Sketch Series for Inside Amy Schumer.

In 2015, Time magazine included Schumer in their “100 most influential people” list.

Schumer posed nude for a photo by photographer Annie Leibovitz for the 2016 edition of the Pirelli Calendar.

In April 2016, Schumer accused Glamour Magazine of including her in plus size only issue.

She hosted the 2015 MTV Movie Awards.

Schumer was arrested at the US Capitol while protesting the nomination of Brett Kavanaugh as an Associate Justice of the United States Supreme Court on October 4, 2018.