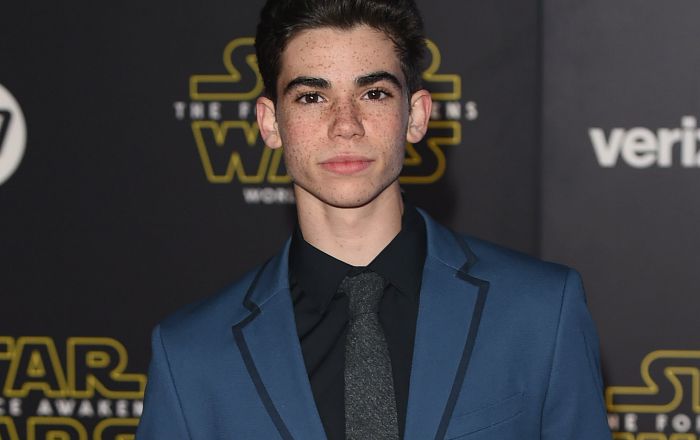 Cameron Boyce was an American actor and dancer who was probably known for his roles as Luke Ross in the popular Disney show ‘Jessie’ and as Conor on Disney XD live-action comedy series ‘Gamer’s Guide to Pretty Much Everything’. He also starred as Carlos in Descendants television films in 2015 and 2017 and will reprise the role in ‘Descendants 3’, scheduled to release in 2019.

He played Keith Feder in the Grown-Ups film series. On July 6, 2019, Boyce died in his sleep “due to a seizure which was a result of an ongoing medical condition for which he was being treated”, according to a family statement.

Cameron Boyce was born on the 28th of May 1999, in Los Angeles, California, United States of America.

Cameron’s father, Victor Boyce, is an African American and his mother, Libby Boyce, is an Ashkenazi Jewish. He has a younger sister named Maya Boyce. He attended Sherman Oaks Center for Enriched Studies in San Fernando Valley.

Cameron Boyce was in a relationship with his Jessie co-star Peyton List from 2012 until they broke off in 2015. In 2016, he began dating his Descendants co-star Brenna D’Amico.

He landed his first acting job, a recurring role in the popular soap opera ‘General Hospital: Night Shift’ in 2008. He played the role of Michael ‘Stone’ Cates Jr in seven episodes of the show.

Boyce appearance in the Panic! at the Disco music video for the song “That Green Gentleman (Things Have Changed)” catapulted him to stardom.

His roles in the TV shows like Jessie and Gamer’s Guide to Pretty Much Everything.

Boyce had a net worth of $5 million dollars. He lives in Los Angeles, California with his parents and younger sister.

In 2012, he won the Young Artist Award for his work in the film, Judy Moody and the Not Bummer Summer.

He was an accomplished dancer and was trained in different forms of dance including hip-hop, modern, jazz, tap, and ballet.

He was a member of the dance crew X-Mob, a breakdancing crew based out of Los Angeles.

Cameron has a dog, named, Cienna.

Boyce showcased his dancing skills on the web series The Legion of Extraordinary Dancers.

His maternal grandmother, Jo Ann (Allen) Boyce, is one of “The Clinton 12”, the twelve African American teens who were the first students to attend a desegregated southern public school, Clinton High School, in 1956.

He has appeared in television shows Disney Best Day Ever and Celebrity Page in 2017.

On July 6, 2019, Cameron Boyce died in his sleep “due to a seizure which was a result of an ongoing medical condition for which he was being treated”, according to a family statement.