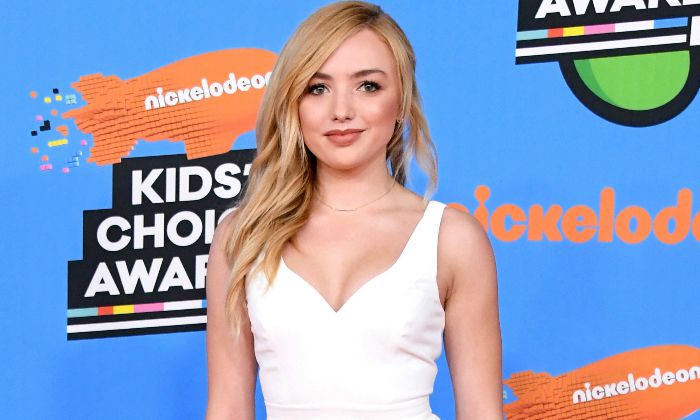 Peyton List is a young inspiring actress and model from Florida who took the creative industry by storm with her performance as Emma Ross on Disney’s Jessie and its spinoff Bunk’d. She achieved immense popularity at a very young age when she modeled for Justice magazine and posed as a cover girl for American Girl’s Back to School issue in 2009. Her acting credits include Diary of a Wimpy Kid: Dog Days, The Sorcerer’s Apprentice, Then Came You, and the Disney Channel Original Movie The Swap. As of 2023, Peyton List has an estimated net worth of $7 million.

Peyton List was born on the 6th of April 1998, in Florida, United States of America. She is currently 24 years old.

Peyton List comes from a humble and small family. She is the oldest and the only girl child of Jhon and Suzanne List. She has two siblings, her twin brother, Spencer List and a younger brother named Phoenix List. Both of them are already rocking in the glamour industry. They have been a part of several hit TV shows. Her twin brother Spencer was 10 minutes younger than her. Spencer has starred alongside her in the movie Spider-man 2 and in an episode of Bunk’d as well. Phoenix has appeared in movies like Rabbit Hole, Night Has Settled and Curios Thing.

Peyton received her elementary education from Carroll School and later enrolled at New Voices School of Academics and Creative Arts in New York City for her middle school education. For high school education, she attended Oak Park High School in Oak Park, California USA from where she graduated in 2016.

It’s quite obvious that the gorgeous and pretty young Peyton is a favorite girl of many men. Her romantic life has always attracted a lot of attention from tabloids because she had dated many men at different points in time. She dated Zachary Gordon from 2009 to 2010 and then she was romantically linked up to fellow actor Cameron Boyce from 2012 until 2015.

In 2016, it was reported that Peyton and Logan Paul were looking at each other. However, they didn’t carry their relationship for long which ended in early 2017. That year, she also had a short-lived relationship with actor Corey Fogelmanis before she ended up with actor Cameron Monaghan. She confirmed her relationship with Cameron in October 2017 during an interview with Rogue Magazine. The two broke up in late 2018.

She is currently in a relationship with her Cobra Kai co-star Jacob Bertrand.

Peyton List’s acting debut came in 2004 when she landed a role of a little girl playing on steps in the American superhero film Spider-Man 2. Her role in the movie went uncredited. It took four years for her to grab her second film offer which happened in 2008 when she was cast as Jane Nicholas in the movie 27 Dresses.

Peyton ventured into acting in 2002 with a guest-starring role as a child actress in the television soap opera As the World Turns. She was cast in the 143rd episode of Season 47 of the series but unfortunately, it was also an uncredited role.

In 2004, she made her return to television with a minor role as Bess in the ABC sitcom All My Children.

Peyton has appeared in a number of TV shows and films over the course of her acting career. Perhaps, her role as Emma Ross in the Disney channel comedy TV series, Jessie, which she played from 2011 through 2015 received a lot of appreciation and garnered critical acclaim. It was the role that brought her fame and recognition in the entertainment industry. She reprised her role as Emma in its spinoff series, Bunk’d from 2015 to 2018.

Outside the Disney channel, List has also acted in many TV shows and films including The Sorcerer’s Apprentice, Diary of a Wimpy Kid: Dog Days, The Seventh Dwarf, The Outcast, Then Came You, and many others.

As a teen model, List has appeared in more than 400 print and television commercials. She is the face of an online shopping website called Bongo.

Peyton List’s net worth is estimated at $7 million. She lives with her family in Los Angeles, California.

She began her acting career at the age of 4 when she was booked in an episode of the soap opera As the World Turns.

She followed the footsteps of her mother, who was also a model and decided to become an actress after watching the Broadway play “Wicked” at a very young age.

As a model, she appeared on the cover of a 2009 issue of American Girl and modeled for Justice Magazine in the year 2011.

She is best friends with Bella Thorne.

She is often mistaken for the Hollywood actress, who was born in 1986. They both share the same name. They even acted in the television soap As the World Turns together.

Her fans are referred to as peytonators.

In 2018, Peyton List appeared in a music video for the song “Only You” by American DJs Cheat Codes and British girl group Little Mix.

Also a talented singer, List released her debut single “Liar Liar” in 2018. She performed with Ingrid Michaelson at one of Michaelson’s concerts.