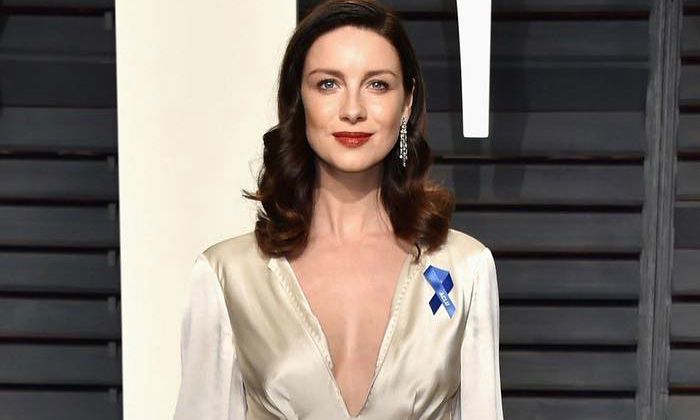 Who is Caitriona Balfe?

Caitriona Balfe is no stranger to the Irish audiences as she has achieved a lot of success in her home country whole inspiring several other young women of the country to follow in her footsteps. She’s already made a splash in the television industry with her starring role as Clare Fraser in the Starz drama series Outlander, a role that took her to stardom and won her several accolades.

She’s worn a lot of hats in her fruitful career as a model. Her modeling claims to fame include her runway appearance and ad campaigns for international fashion labels such as Burberry, Dolce & Gabbana, Louis Vuitton, and Armani. In her thriving acting career, Caitriona has appeared in movies such as Now You See Me, Escape Plan, Money Monster, and Ford v. Ferrari, and H+: The Digital Series. In 2019, she voiced the character Tavra in the Netflix fantasy-adventure series, The Dark Crystal: Age of Resistance.

Caitriona Balfe was born on the 4th of October 1979, in Dublin, the Republic of Ireland. She is currently 41 years old.

Though not much is known about her family and her early life, she grew up alongside her six siblings in Tydavnet, a small village in County Monaghan. Her father was a retired Garda Sergeant.

Balfe developed an interest in performing arts at a young age as she was attracted to the glitz and glam of show biz since her childhood years. As a result, she enrolled at the DIT Conservatory of Music and Drama where she studied theatre.

Caitriona Balfe married her boyfriend of four years, Scottish music producer Anthony McGill on the 10th of August 2019. They kept their relationship secret for a significant period of time until their relationship made headlines in 2016 after they spotted together at a late-night party. That same year they confirmed their relationship and became engaged two years later in 2018.

She had previously dated guitarist Dave Milone from the band Radio4 while she lived in New York City.

The 40-year old supermodel began her modeling career while she was still in her teens after she was discovered by a talent scout at a local shopping mall while she was collecting money for a charity. She has walked the runway for major fashion brands like Chanel, Moschino, Givenchy, Dolce & Gabbana, Alberta Ferretti, and Louis Vuitton.

Balfe made her runway debut with Ready to Wear – Autumn / Winter 2000 fashion show where she walked for the brand Kenzo.

Caitriona Balfe has also been the Victoria’s Secret’s angels, what would be her major accomplishment as a model. She had once started on a TV show that she might be the whitest Victoria Secret model ever in its history.

Caitriona Balfe has had aspirations for acting ever since she was young and after achieving massive fame and success as a model, she moved to Los Angeles to pursue her dream to become an actor. She spent around two years taking acting classes at various acting institutions.

Her hard work and determination paid off when she landed a part in the 2011 monster thriller film, Super 8, playing the role of Elizabeth Lamb.

Well, in 2006, she starred in the comedy-drama film The Devil Wears Prada, but her role went uncredited. Three years later in 2009, she featured in the documentary called Picture Me as herself and later went on to star in a short film titled A Herculean Effort.

Though Caitriona has appeared in a number of fashion shows, she made her mark on television in 2010 when she was offered the role of the runway mentor at the Irish reality documentary series The Model Scouts.

As an actor, Caitriona Balfe made her debut as Claire Randall in the drama series, Outlander, in 2014.

What shot Balfe to bigger fame was her role in the television series, Outlander. She plays the role of Claire Randall, a married former World War II nurse who in 1946 finds herself transported back to Scotland in 1743. There she encounters the dashing Highland warrior Jamie Fraser (Sam Heughan) and becomes embroiled in the Jacobite risings.

The series was a huge success with commendable ratings and reviews. For her role in the series, Balfe has won two People’s Choice Awards, two Saturn Awards, and an Irish Film and Television Award, and received four Golden Globe Award nominations for Best Actress in a Television Series – Drama.

Balfe’s net worth is pegged at $4 million as of 2019. Much of her net worth comes as salary from the TV series outlander while she has also made a handsome amount of money from modeling and other acting gigs.

She is very active on social media, especially on the photo-sharing app Instagram, where she has over 1 million people following her page. Her Twitter handle, @caitrionambalfe has over 480,000 followers.

Balfe began her career as a model after being discovered at just eighteen years old.

She became the first Irish woman to walk at the Victoria’s Secret Fashion Show in 2002.

Caitriona Balfe has graced the covers of magazines such as Harper’s Bazaar, Vogue and Elle.

In December 2014, Entertainment Weekly named Balfe one of its 12 Breakout Stars of 2014.

In 2015, Balfe was included in People magazine’s “50 Most Beautiful People in the World” list.

Caitriona Balfe won the Best Actress in a Lead Role Drama at the Irish Film & Television Awards in 2018 for her role in Outlander.

She can speak English, Irish Gaelic, and French.

She is a patron of the organization World Child Cancer.