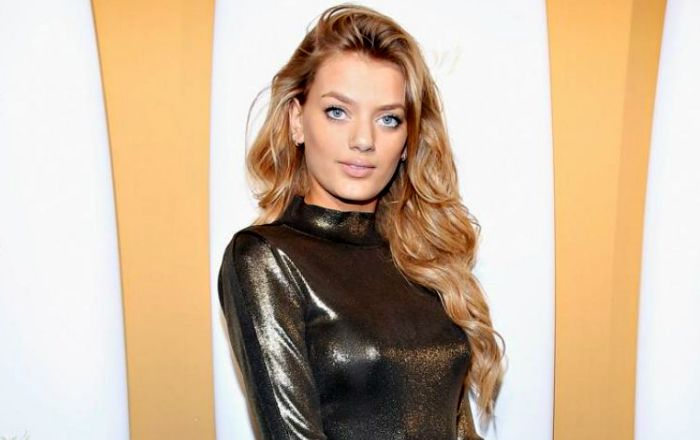 Bregje Heinen is a popular Dutch supermodel and a former Victoria’s Secret model. She came to the limelight at the age of 14 when she was discovered by a talent scout and has walked the runway for Victoria’s Secret, Prada, and Topshop.

Unfortunately, not much is known about her family background or her educational qualifications.

Heinen is engaged to her longtime boyfriend Ro Parra-Grady in March 2016.

Heinen was discovered in Hyves by a scout for Salva Models. She walked the runway at the Ready to Wear – Spring / Summer 2010 where she modeled for various designers.

As of 2022, Bregje Heinen has an estimated net worth of $3.1 million US dollars.

She was featured in the music video Payphone by Maroon 5, in May 2012.

She also modeled for their famous MultiWay line of brassiere and was featured in the commercial for the brand’s underwear collection, Body by Victoria alongside Candice Swanepoel and Lais Ribeiro.

Bregje was featured in the 2014 edition of the Sports Illustrated Swimsuit Issue.

She also made the cover Maxim magazine’s November 2014 issue.

Besides, she has appeared in the pages of other famous magazines like Vogue, Elle, Flair, Telva, Tank, Marie Claire, to name a few.

In 2019, Bregje starred in the movie The Assistant as Tatiana and played a model in the TV series Billions in 2020.